In America lately Google shows on the search page a large, advertising campaign Southwest Airlines and Virgin America. It seems that the company took back a promise it had given eight years ago when it said we would never see promotional banner on the search page. 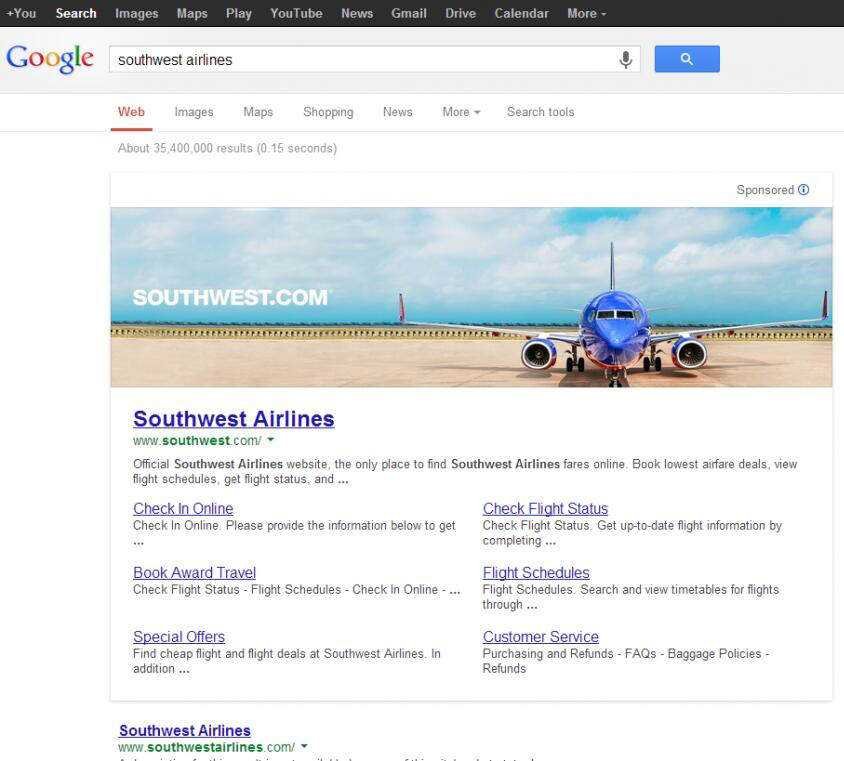 "Advertising is very limited at the moment. "It only appears in the US for testing," said a spokeswoman Google in Huffington Post.

2005, Google has promised publicly that banner ads distract and will never tarnish its homepage. It was a promise given by Marissa Mayer (today is Yahoo's CEO), then head of Google's search and user experience.
Mayer worked on Google for 13 years before becoming Yahoo's CEO 2012.

Exclusive - Scammer tries to sell websites in the name of WikiLeaks