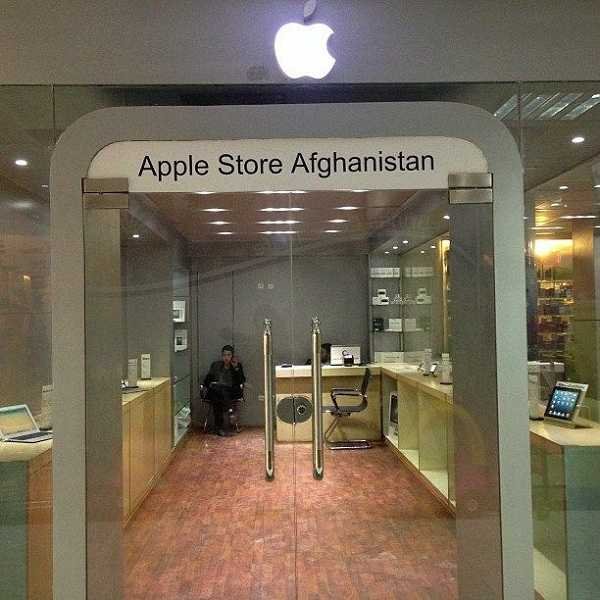 The Genius Bar is a bit small and the floor would never have been approved by Steve Jobs, but if you ever find yourself in Kabul and feel a thirst for Apple gadgets, then this unofficial Apple Store of Afghanistan is the only place to go.

And while Apple is busy conquering the world with its Apple Store, some countries like Afghanistan (unfortunately we) still do not have an official Apple Store, so some have decided to open their own.

The unofficial Apple Store of Afghanistan sells about five to six iPhone a day to financially savvy Afghans, which seems Apple's fashion has touched. Most products are bought through distributors from Dubai, while demand is so great that its owners are thinking of opening second.

However, the fact that jobs go well in the unofficial Apple Store does not mean Apple will embrace it. The store manager sent mail to the Apple store when she opened, but she still has not replied.

Mac sales have dropped a bit while PCs have gone downhill