home / News / WPA2-PSK encryption can be easier to break offline

WPA2-PSK encryption can be easier to break offline

If anyone asks how I can better secure my Wi-Fi, the relevant ones will propose encryption WPA2-PSK. It's the only really effective way to restrict access to your home Wi-Fi. But WPA2 encryption can be broken.

This publication is not a guide to breaking the encryption WPA2-PSK someone. It's an explanation of how your encryption could break and what you can do to protect yourself better.

There are two types of ways we can break a password, offline and online. In an offline attack, an attacker has a file with data that may attempt to break. For example, if an attacker manages to access and download a database with encrypted passwords, he could have as long as he wants to break them. It can use the appropriate tools to guess millions of times per second, depending on how fast the computer uses it.

An online attack is much more difficult and lasts a lot longer. For example, imagine an attacker trying to access your Gmail. He could guess some passwords, and then Gmail would block him, blocking access because he would recognize someone trying to guess the password.

We usually think that Wi-Fi is only vulnerable to online online attacks. Unfortunately, this is not true.

When a device connects to a Wi-Fi network with WPA-PSK encryption, it does something known as a "four-way handshake." This is essentially the deal where the Wi-Fi base station and a device that asks for a connection, exchange the password and encrypted information. This handshake is the Achilles heel of WPA2-PSK.

If an intruder can wait long enough to be able to "catch" the four-way handshake when a device is connected. However, it can carry out a "deauth" attack, which will forcefully disconnect your device from the Wi-Fi network you are using. It is known that your device will try to reconnect automatically, and this is exactly what the hacker wants, to catch the four-way handshake of the connection.

Once it has the data, the attacker can use a tool such as cowpatty or aircrack-ng, along with a "dictionary" that contains a large list of possible passwords. These files are generally used to speed up the breaking process. They will try every phrase against WPA four-way handshake data until they find the one that fits. As this is an offline attack, the hacker has as much time as he needs and of course the process can go much faster. The attacker should not be in the same physical area as the same network while trying to break the password. The attacker could potentially use Amazon S3 or another cloud computing service or data center, dramatically speeding up the process.

All of the above tools are available on Kali Linux (formerly BackTrack), a Linux distribution designed for penetration testing.

We can not say how long it will take the attacker to crack the password this way. If it is a big code, it could take years, maybe even hundreds of years or more. If the password is "password", the process will probably take less than a second. As computers improve, this process accelerates. Clearly it is a very good idea to use large passwords, 20 characters take much longer than 8 to break. Changing your password every six months or every year could also help.

There is also an attack on WPS, an incredibly vulnerable system carried by many routers enabled by default. On some routers, disabling the WPS environment does nothing - it stays on and waits for attackers to take advantage of it!

In fact, WPS forces the devices to use a 8-numbered PIN that bypasses the passphrase. This PIN is always checked in groups of the two 4-Voice Codes, and the connection device informs whether the four-digit segment is correct. In other words, an attacker has only to guess the first four digits and then he can guess the second four digits separately. This is a pretty quick attack that can be carried out by air.

WPA2-PSK is likely to have other vulnerabilities that have not yet been discovered. But we continue to say that WPA2 is the best way to secure your network because it is still. 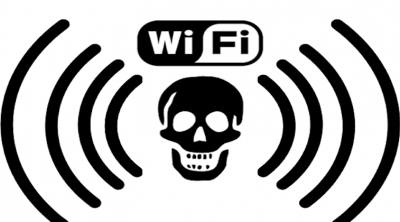 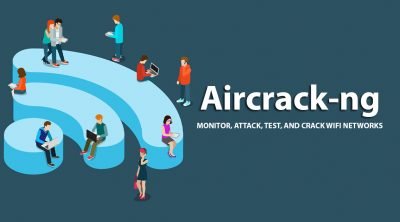 Vintager free image editing with Instagram effects
Next Post: Get the HTML color code with Firefox without third-party tools