home / tweaks / Removable or non-removable battery in a smartphone? For against

Removable or non-removable battery in a smartphone? For against

The battery of a modern smartphone is either detachable or non-detachable. Which of two placements do you prefer?

When it's time to buy a new smartphone, you can preset what basic features you want from it. Most people are looking for processor speed, camera quality and battery life. This time, however, we will ask you a new issue that you should be interested in when buying a smartphone.

The way a battery is inserted into a smartphone is not something you usually see advertised along with its lifespan, or the screen size and megapixels of the camera. Those that do not come out refer to the phone features either as "non-removable" or as "built-in".

However, the removable and non-removable batteries have several differences (one of which you can say is the name!) And should in some cases be a basic criterion for whether or not to buy a particular device.

Despite their name, non-removable batteries are actually removable! The problem is that it often requires a lot of special tools and so it is impossible to expect the average user to be able to remove it. For example, this may involve tasks such as removing the adhesive between the screen and the phone. In short, if you do not "catch" your hands, it is very difficult to do it yourself.

When the non-detachable battery from a smartphone lags, the main solution is to go to a repair shop.

But, why are companies manufacturing phones with non-removable batteries? Despite their restrictive nature, there are advantages that justify this choice.

It also helps recover a stolen smartphone. A detachable battery can be easily removed by a thief and thus stops the phone from sending data relating to the location at any moment. The non-detachable battery makes it harder for a thief to disable the phone's security features.

Of course, there is a huge problem with the non-detachable battery: it's not removable! This in itself can be an inalienable feature for many. When the battery starts to blow in the top (and usually the battery is the first thing that spoils), it will threaten and get together on the tomb and the phone. Of course you can replace it yourself if you have a lot of experience in disassembling phones or go to a repair shop. Therefore, in the future it may cost you a lot of a battery replacement with the charge for repair.

Having a battery-powered phone that can be removed, you have many benefits. The most obvious is its easy replacement when the old dies. In addition, however, being able to open and remove the battery at any time can help dry out if it gets wet and before any damage occurs. And if you want, you can have a still charged spare battery in standby mode that you will exchange with the main one if its power is over at a critical time.

There is also the argument that removing the battery is a good way to restart a stuck phone, although phones with a non-removable battery have added ways to restart them if they get stuck without having to touch their battery .

Unfortunately, for removable batteries, there is always no guarantee that we will see them in the best models of specific phones. Many of the newer phones have models with only non-detachable battery, no choice for a removable version.

For example, let's say you want to choose between Motorola Moto G5, G5 Plus, and G5S Plus (you can also see it as Lenovo). With the addition of the removable battery limitation, only the simple G5 remains and the two Plus models are out of list!

Manufacturers seem to be crowned in non-detachable battery models, at least in their top models.

If you find yourself in the battery dilemma when looking for which phone to buy, ask yourself the following question:

Do you imagine using the same phone for the next two years?

If you want to maximize the life of your phone, the non-detachable battery will be a thorn in your choice. Choose a phone that has the ability to replace its battery easily and make sure you read how much it costs and how easy it is to get a spare battery.

This way you can keep your phone alive for longer without having to put your hand deep into your pocket.

However, if you like to chase the newer and hotter smartphones, you will probably be indifferent to limiting the market only with devices with removable battery. It is most likely to replace your phone long before its battery starts to die.

So a phone with a non-detachable battery, lets you shop without limitations to the best phone models.

Removable or non-removable battery in a smartphone? For against was last modified: 26 November, 2017, 3: 01 pm by Dimitris 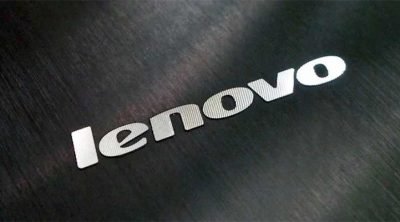 Imgur hack: 1,7 million accounts in foreign hands
Next Post: Remove the "Open with" option from the Windows 10 context menu