home / opinions / Mark Zuckerberg: should he be fired?

Mark Zuckerberg: should he be fired?

Mark Zuckerberg or not: When Brook Mahealani Lee (Hawaii) Miss Universe in 1997, was asked: "If there was no rule in your life for a day, and you could do something outrageous, what would you do?"

And yet he is still here, comfortably answering policy questions in America and in Europe .. After its scandal Cambridge Analytica, Mr. Mark Zuckerberg finally had to admit that Facebook's commitment to privacy and security was a huge bubble. A bubble that burst…

But what do security professionals think?
Do they also adopt the logical idea that the CEO of Facebook should resign for the obvious violation of security protocols?

Below we will see a survey (PDF) in which 759 security professionals were asked about Facebook and its problems. The investigation was conducted at the RSA Conference last month by security company AlienVault. One of the questions was whether Zuckerberg should be fired.

38 percent wanted to be fired. This means that 62% did not think it was right, to the great relief of Mark Zuckerberg, who definitely wants to keep the chair (for new adventures).
Seventy-five percent of security gurus said they wanted more government regulation on social media platforms to limit how sites like Facebook could use their customers' data for commercial purposes.

But what about the GDPR, the European data protection regulation? 69% said they were in favor of establishing it in the US as well.

Let's go back to Facebook: How many of the security professionals who are concerned have deleted their accounts?

18 percent said they had already deleted or never had a Facebook account. As for the latest problems, 16% said they had recently deleted their accounts.

Conclusion: If security professionals do not yet have a clear picture of who should be held responsible for a security breach there is a problem. The investigators simultaneously blamed the board, the CEO and the Security Officer.

This chaos, on the other hand, there are many who enjoy it: The intelligence services of the US, Russia, China or any country with advanced IT departments are waiting around the corner.

This is the problem with security. Ignorance, irresponsibility, chaos, delay in transmitting information so as not to expose any company, and the absence of control mechanisms shape the space where mice dance (safely). 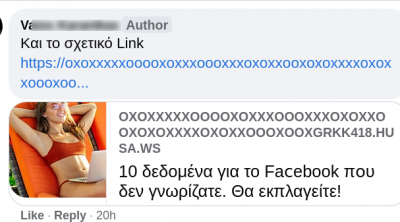