CCleaner new scandal with the application

2018 does not seem to be the year of CCleaner. The Windows application lately is not what we knew. Recent app updates brought pop-up ads and privacy options without any settings.

Η culminating with traffic of CCleaner 5.45 in August when the application now started collecting data via telemetry. Piriform / Avast after the scandal was forced to withdraw this version.

The new version of CCleaner 5.46 was released at the end of August at 2018, but as it turns out things have not changed too much. A user at the official Piriform forum reported on September 6 2018 that the CCleaner application was automatically updated ignoring end user settings as it was configured not to check and not to install updates.

Piriform confirmed forced updates to the new version and argued that it was necessary to "comply with legal requirements and give more autonomy and transparency to users about privacy settings".

But what makes automatic updates so much worse for users is that the privacy settings return to their default values ​​when the app is upgraded. So some users will be wondering how CCleaner was upgraded but also how the application privacy settings were changed.

As can be seen, the creators of the CCleaner application added a critical updating feature to the 5.36 version that can bypass the user's preferences. According to the company, automatic updates are in the interest of users.

Here, let's say that forced updates are not just what we see in CCleaner.

So what can you do? You can accept it, and continue with the application as if nothing is happening. We, of course, suggest deleting CCleaner and any CCleaner that does not respect end-use and use an alternative application, or Windows itself.

Finally, a new version of CCleaner was released today (5.47), but the company withdrew it again "because a setting was not saved correctly".
The conclusion is yours to make…

CCleaner new scandal with the application was last modified: 19 September, 2018, 7: 44 mm by giorgos 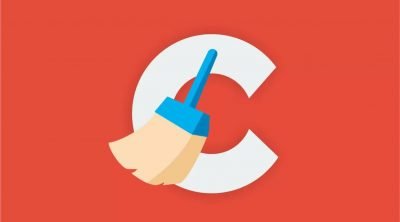 Microsoft recommends that you release space for Windows 10 updates
Next Post: Windows 10 ends in language packs in cab format