home / opinions / Instagram: Founders have left, what will change?

Kevin Systrom and Mike Krieger quit Facebook, six years after their company Instagram was acquired by the largest social network.
The departure of the founders of Instagram came at a time when their idea is gifted as charismatic and over a year with a lot bad reviews for Facebook.

So with all the challenges faced by Facebook's basic application, it will be important to continue to protect Instagram's vision and not allow it to be downgraded. Facebook has long faced the mistrust of its users (and not only), governments, security specialists, and personal data protection activists.

The reason for the departure of Systrom and Krieger was their dissatisfaction with Zuckerberg after trying for a long time to exercise greater control over Instagram. It is not clear, however, just what was the point that exasperated Systrom and Krieger.

Wall Street does not seem excited about the news, as Facebook shares fell in the morning after announcing the departure of Instagram founders.
It is too early to say what this leadership change will bring to Instagram, a service that has recently reached 1 billion monthly active users. However, below we will dare to mention three changes that we can see very soon, led by Facebook.

TechCrunch Reported Facebook was in the process of adding a shortcut to the Instagram bookmark menu, while Bloomberg he says that some Instagram users were starting to receive alerts when their friends posted photos in their Facebook main application.
Following the resignation of Systrom and Krieger, they are being replaced by a high-profile Facebook executive. This will open the path for the cross-exchange of information between the two services.

There are many reasons why Facebook wants to do this. The number of active users in North America - where average revenue per user is higher than in the rest of the world - has remained steady in the main Facebook application, while it has been very high on Instagram. In addition, the Instagram user base has younger ages than the Facebook base, so acquiring these Instagram users from Facebook is crucial to building a customer base in two different applications.

Zuckerberg said he believes more users will share content in Instagram Stories instead of the traditional news feed in the coming years. Instagram Stories has so far been very promising, as it has more everyday active users from Facebook's Stories.

Instagram's News Feed faces different challenges than Facebook. Fake news is still a problem, but less intense than Facebook, as the platform has fewer users. But on Instagram, there is more bullying, which is particularly worrying given the younger members of Instagram. Last year the company added a filter that users could add to hide aggressive comments. This year a filter was added that aims to hide comments that "offend a person's well-being or health".

At a time when Facebook faces similar toxicity problems, Instagram could be an important field of testing to determine what it takes to develop and maintain a healthier News Feed. 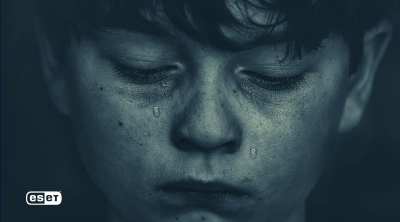 Chrome Autofill remove a link from autocomplete
Next Post: Fedora Linux 29 beta has just been released