The purpose of the project is to create a light browser that is available on all major platforms.

The poject initially started only for educational purposes. But from the beginning, Falkon has evolved into a browser with many features.

The Falkon browser has all the typical features you expect from a web browser. Includes bookmarks, history (and sidebar) and tabs. Browser has ad blocking enabled by default since it has the AdBlock plug-in built in.

The first version of QupZilla was released in December of 2010 and developed with Python with PyQt4 bindings. After some versions, QupZilla has been rewritten from the start in C ++ with the Qt Framework. The first public release was 1.0.0-b4.

Until 2.0, QupZilla used QtWebKit. But QtWebKit is no longer used and all new versions use QtWebEngine.

From 3.0 and then QupZilla is not growing and the new version was released under the name Falkon from the KDE project.

So Falkon browser and QupZilla are the same product, and branding is designed to improve the impression.

Once you use the browser, you'll be surprised. As mentioned before, it has Adblocking, spell check, it's simple and very fast.

The Falkon browser during my testing was stable, did not make any mistakes and in general, it worked fine.

However, as a new project, it does not have a track record that demonstrates the development team's commitment to security updates and patches. I hope that with the takeover of the browser by the KDE project, growth will continue steadily.
It is worthwhile to try it.

Look for falkon at your repository

Nightly builds are available at the kdepps of the flatpak repository.

Falkon browser fast for Windows and Linux was last modified: 4 November, 2018, 7: 31 am by giorgos 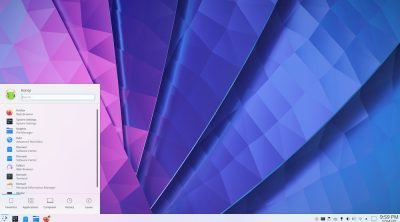