MOST from the sun: Sun is the biggest source of energy after controlled nuclear fusion, but it always needs a clear sky.
To have solar energy 24 hours a day, a team of scientists from Chalmers University of Technology of Sweden in Gothenburg develops a liquid energy storage medium that can charge from the sun on demand, but also to transport it.

The Chalmers team has been developing variants of a system called MOlecular Solar Thermal (MOST) for over six years. The project seems to be different from other solar energy storage efforts, as it uses heated salts and reverse exothermic reactions. The MOST system can store energy directly in the bonds of an organic chemical.

To do this, scientists are exposing a hydrocarbon called norbornadiene to light. This alters the chemical bonds of the hydrocarbon, turning it into quadricyclane. Changing the temperature of the quadricyclane and exposing it to a catalyst reverses the effect and releases energy in the form of heat.

According to the team, the current system converts 1,1% of sunlight directly into chemical bonds, which is 100 times more efficient than the first version of the system they tested in 2013. The researchers' system at the time could only handle 0,01%.
In addition, the new liquid storage system replaces ruthenium, a rare metal, with carbon elements that are much cheaper. The researchers also report that it can pass through over 140 storage and energy cycles without significant energy loss.

"This technique means we can store solar energy in chemical bonds and release it as heat whenever we need it," said team leader Kasper Moth-Poulsen.

"The combination of chemical energy storage with solar panels with water heating allows the conversion of more than 80% of incoming sunlight."

The research was published in the journal Energy & Environmental Science. 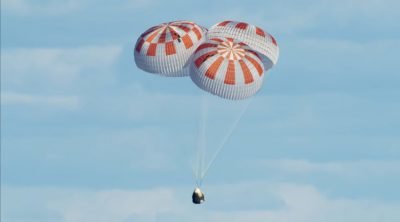 Microsoft has released new issues for Windows 4 in Store 10
Next Post: The best Android programs of 2018, according to Google