ICS Forth more about the hack of Greek domains gr & el

We reported some time ago that hackers violated ICS-Forth. This is the company that manages the top-level domains of Greece, ie our well-known .gr and .el. According to the latest information from investigators involved in the case, the hackers are supported by a state,

The hackers behind the breach are the same group mentioned in a Cisco Talos post in April, called Sea Turtle.

The team uses a relatively new approach to breaking goals. Instead of targeting victims directly, they violate or gain access to domain registrars' accounts and thus manage DNS where they make changes to the settings.

By modifying DNS on internal servers, they redirect traffic from a corporate law application or e-mail service to man-in-the-middle attacks and collect login credentials.

The attacks are short-lived, lasting from hours to days. This makes it extremely difficult to detect as most companies do not keep track of changes in DNS settings.

Reports on the activities of this group have been published from time to time by security groups FireEye, CrowdstrikeAnd Cisco Talos.. FireEye attributed the attacks to the Iranian government, while Crowdstrike and Cisco Talos have refrained from linking any governments to the attacks (until now). The American services US DHS and UK NCSC also issued security alerts for the group's new strategies.

From the above reports it appears that the Sea Turtle team usually breaches accounts with domain registrars and DNS providers, selecting after the breach accounts that belong to their targets.

In its first post, the Cisco Talos team reported that the Sea Turtle team destroyed NetNod, a data exchange hub based in Sweden that provided DNS services to ccTLD organizations - such as the Greek ICS-Forth.

The ICS-Forth attack is still shrouded in mystery

Talos researchers have no details on what the hackers did to ICS Forth's network after gaining access to its systems. So no one knows which domains were affected by changes to DNS settings.

But Talos investigators said the hackers retained access for another five days after ICS Forth announced the incident.

It should be noted that the attack on ICS-Forth was not the only one by Sea Turtle. Talos said it had also identified new victims in countries such as Sudan, Switzerland and the United States.

These targets - whose DNS settings have been modified so that hackers can block traffic and collect user credentials - are government agencies, power companies, think tanks, international NGOs and at least one airport. 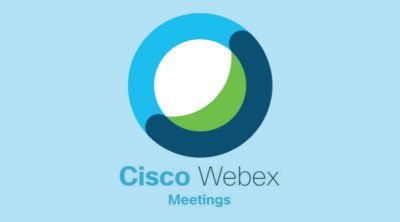 Windows 10 Patch Tuesday July of 2019
Next Post: Septor Linux 2019.4 anonymous internet for everyone