Today it must have about 80.000 members, who seem excited about the idea of ​​a social network that fakes fake news.

The site does not use the Facebook-sponsored model of advertising, but has adopted a subscription model similar to that used by Netflix and Spotify.

It will cost 12,99 dollars a month or 100 dollars a year in the US, or 12 € a month or 90 € a year in Europe. However, there are still plenty of questions about the content of WT: Social. For example: Will the subscription be worth the fee?

The social network is a reboot of WikiTribune, which launched 2017 as a news exchange service but did not go ahead and Wales ended up firing several journalists it hired. WikiTribune was launched by a crowdfunding campaign.

Wales spoke to the Financial Times about the new project and how fragile the proposal for the new site is. But according to Wales:

The business model of social media companies is problematic. It turns out that the huge winner is the low quality content.

Wales hopes that WT: Social can attract 50 million or even half a billion users as an example of its success Netflix and Spotify to attract people who are willing to pay for "meaningful" content.

Registration is free, but WT: Social has a waiting list. Of course those who pay can bypass it. So far, only 200 people have paid to bypass the waiting list.

Wales does not expect the new social network to be profitable, but believes it can be viable with minimal staff.

Instead of the news model used by WikiTribune, WT: Social aims to become a self-sustaining community consisting of many small, specialized topics.

Instead of using coordinators to control them fake news like Facebook, Wales' social network will be based on users themselves, who will be able to edit and delete posts they deem incomplete or unreliable. 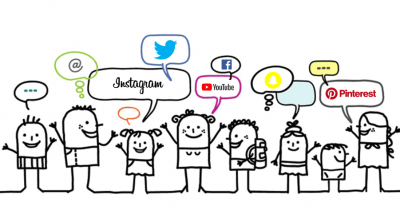 What not to post on the internet and probably do

Firefox Social Tracking Protection: What Is It?