A poster created by the West Midlands Regional Organized Crime Unit (WMROCU) bearing the logo of the National Crime Service (NCA) warns that children using software such as Tor Browser, Kali Linux, Discover and Metasploit could be the next generation hacker.

The warning was posted online by Twitter user G_IW and caused a lot of reactions on the internet. Many criticized the British authorities because this poster reaches the limits of misinformation.

"If you see any of this (software) on their computer or you have a child you think is hacking, let us know so we can give advice and get involved in the positive outcome of the diversion," the warning states.

The Kali Linux development team, a Linux distribution that is supposed to be used primarily for penetration testing, greeted the idea of ​​the poster:

"We have to admit that it's nice that they give children a roadmap for what they need to get started. We all know that the easiest way to get a child to do something is to tell them they can't or shouldn't do it. "

But on the other hand, the NCA says it has nothing to do with the warning, despite the fact that its logo appears on the poster.

"NCA was not involved in the production or release of this poster. "There are many tools that children use, some of which can be used for both legal and illegal purposes, so it is vital that parents and children know how these tools can be used safely." Reported the Twitter service.

West Midlands Police say the whole idea was to showcase some of the tools that can be used for legitimate or malicious purposes, more to raise awareness among adults. 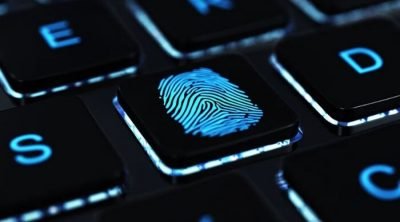 Use Keylogger in Metasploit Framework

DDoS doubled in the fourth quarter of 2019
Next Post: EncryptedRegView find Windows keys and applications