home / dummies / Debian - Ubuntu - Linux Mint: What should I use?

Debian - Ubuntu - Linux Mint: What should I use?

With so many Linux distributions circulating, anyone interested in adopting the operating system will find it difficult to choose. In this case, the three distributions mentioned above have a lot in common, but they also have a lot that makes them special.

In the world of Linux, there are hundreds of Linux-based operating systems (distributions) to choose from. Most distributions use an existing one and add various changes. There are few distributions that are not based on another.

However, although Ubuntu is based on Debian, it has become the basis for many other distributions. Linux Mint, for example, is based on Ubuntu.

But Linux Mint is not Ubuntu and Ubuntu is not Debian. Although they may use almost the same technical support, you will find big differences when you use them.

Developer Ian Murdock released the first version of Debian in 1993, with a community of developers working together to provide a stable Linux, the best software in the free software world at the time. The name came from the combination of his name and the name of his then girlfriend, Debra.

Today you can install it Debian on your laptop and replace Windows, but Debian is more than just an operating system. It has a huge collection of software that you can configure in different ways to create the kind of experience you want. That's why so many projects use Debian as a base.

Of course, as mentioned above, you can install Debian as an operating system on your computer. There is a default desktop, but Setup lets you pick and choose which desktop you prefer. You can also choose not to have a UI at all, which is ideal for running a server.

This freedom means that Debian programming teams leave most design and usability decisions to other free software projects. What Debian looks like has more to do with what the GNOME or KDE development teams decide than the distribution developers themselves.

But let's talk about package management in Debian

Debian uses packages in DEB format and the APT package manager. I will not go into details, except that all distributions based on Debian, Ubuntu and Linux Mint have the same tools.

This does not mean that there is nothing special about Debian. The reasons for using Debian are many, but only a few are very important for people who first discover free software.

If you are using Debian today while using a different Linux distribution, you may find that much of the software is older than your previous distribution.

Why; New versions of Debian are released once every two to three years while app updates continue to be released. Debian updates are security updates, and there are some for maintenance. If you want to use newer software in Debian you can, but you may encounter more bugs and instability.

In short, Debian is not difficult to use, but it is aimed at more technical users than those using Ubuntu or Linux Mint. Debian is ideal for people who are more interested in the value of free software, want more control over how their computer works, want to run a server, or value long-term stability.

Unlike Debian, Ubuntu is a product of a private company, Canonical, which was released in 2004. The goal was to create a non-technical version of Linux.

So how is Ubuntu different from Debian? For beginners, it was clear: his desktop Ubuntu. Canonical has tried to make the desktop as enjoyable as possible for users.

Today, Canonical provides a simpler installer, a new style of GNOME Desktop, and newer software.
(Ubuntu packages are technically derived from the volatile Debian channel. This means that experienced users can get this software on Debian as well, but at the risk of a less stable desktop).

The Snap Store has been very popular as Ubuntu is the most popular version of Linux, bringing easy installations to applications such as Skype and Steam, among many others.

Canonical snap format is a universal format that works regardless of the Linux distribution you choose. So you no longer need to use Ubuntu to get many of these benefits.

Ubuntu has a scheduled release schedule, with new long-term support releases coming out every two years. Interim releases are released every six months. So the distribution is suitable for people who like regular updates but also for all those who just want a reliable computer.

There are many different "flavors" of Ubuntu beyond the main version. Kubuntu uses the KDE desktop environment, while Lubuntu uses the LXQt DE. Xubuntu uses the Xfce desktop and Ubuntu MATE comes with the MATE desktop. If you do not like the default UI, one of the above Ubuntu flavors may be right for you.

Both distributions use mostly the same repositories and can install the same software. DEB packages for Ubuntu also work on Linux Mint. The Linux Mint team is not very interested in snaps, but you can install them.

The main difference between Mint and Ubuntu is on the desktop. The Linux Mint team created the Cinnamon interface, which by default looks a bit like Windows. There is a boot menu in the lower left, a taskbar at the bottom and system icons in the lower right corner.

Functional Mint has many tools that simplify the process of installing applications and changing desktop themes. It also has the option of pre-installing multimedia encoders that, in Debian and Ubuntu, you must install after installing the operating system.

These changes have made Linux Mint a very easy desktop to learn about Linux but also to use it on a daily basis.

If you do not like the Cinnamon desktop, versions of the distribution with Xfce and Mint desktops are available.

Debian - Ubuntu - Linux Mint: What should I use?

I personally use Debian because I choose stability and I am a friend of free software that does not like daily updates. I would not recommend Debian to a Windows user who wants to try Linux.
Ubuntu and Linux Mint offer a much easier out-of-the-box experience. 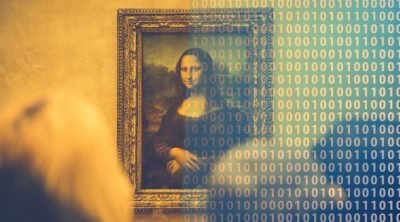 Free up disk space after the upgrade
Next Post: Lawsuit against Ellinika Hoaxes for forming a gang