home / opinions / TikTok Freedom of speech, capitalism and Coca-Cola for all

TikTok Freedom of speech, capitalism and Coca-Cola for all

How many of you understand how dirty it is to "sell TikTok to an American company". The latest change in scenery is a confusing set of executive orders banning transactions with ByteDance (Chinese parent company TikTok) and WeChat (a Chinese text messaging application).

But it does not make sense to dwell on it. From the beginning, ByteDance has been in talks to sell TikTok to Microsoft. The only question worth thinking about is why does this matter to ordinary Americans and more specifically, should we be afraid of Chinese applications like TikTok?

In July, Secretary of State Mike Pompeo told Fox News that Americans should use the TikTok app "only if you want your personal information in the hands of the Chinese Communist Party."

Yes, TikTok collects a lot of personal data, but it is not more than what Facebook and other social networks collect. The difference between TikTok and Facebook is that they have the information in different governments. Facebook, for example, does not share the data with the Chinese government.

In 2020, this is really hard to answer. China has capture more than one million Uighurs in incarceration camps, citing national security issues. The United States is keeping immigrants in their camps, and they have even placed children in cages.

China is not a democracy, but the US president has proposed postponing elections unconstitutionally this year. China is cracking down on its political opponents. In America, law enforcement kidnapped protesters from the streets and threw them in trucks.

Earlier this summer, the US president decided to tweet "when the looting begins, the shootings begin" in response to mass protests - just days before the anniversary of the Tiananmen Square massacre.

The protests in America are demonstrations against police violence and racial discrimination. As the protests raged, Mike Pompeo delivered a speech at the National Constitutional Center in Philadelphia where he attacked The New York Times for publishing a special issue containing articles examining slavery and its legacy in everything from mass prisons to prisons. pop music.

The @NYTimes's 1619 Project wants you to believe our country was founded for human bondage. What a dark vision of America's birth. What a disturbed reading of history. What a slander on our great people. pic.twitter.com/s24rA3C3m8

"Marxist ideology wants you to believe that America is the only oppressor," Pompeo said. "The Chinese Communist Party should be happy to see the New York Times promote this ideology."

For a long time, China's crackdown on all references to the 1989 Tiananmen Square massacre was seen as a prime example of the dangers of Internet censorship.

Thus, China cannot recognize Tiananmen Square or the current treatment of Uighurs.
For the same reason, Russian disinformation companies on Facebook promoted real videos of police brutality in America and tried to organize protests against the Black Lives Matter. Prior to that, the Russian state media RT dominated the coverage of Occupy Wall Street and WikiLeaks. For years, Russia has sought to project existing tensions in the United States, possibly because it believes it is in Russia's interest.

Information nationalism is part of a wider trend towards authoritarianism in the world, but it must be distinguished from its other forms. It is associated with totalitarianism, which is often based on propaganda and surveillance, but it is not exactly the same. It also fits with fascism, which thrives on mythological common national identities.

The main players in this game are China (with unparalleled surveillance and censorship, or the Great Firewall), Russia (with the highly successful RT network and the shady Internet Research Agency) and the US (still claiming that have the largest technology companies in the world). At this point, the leaders of all three countries who seem to have the same values ​​and the same assumptions about information nationalism are pointing fingers at each other.

Ten years ago, I would have considered the plan of information nationalism as an authoritarian delusion against a messy and powerful technology.

But for many years, the United States has had another weapon called the "Internet." It is not just that its predecessor, ARPAnet, was a US military plan. The world wide web is dominated by companies Google, YouTube, Facebook, Twitter and so on. These companies were founded in the United States, and are run primarily by Americans on American soil. These services slowly and tacitly transmit American values ​​and culture to all other countries.

Google, for example, withdrew from China in 2010 when it discovered that the country was trying to crack down on activists' Gmail accounts. The company felt it could no longer stay for "ethical reasons". And although China's censorship of the Tiananmen Square massacre was not the official reason why Google withdrew, it became a pretty good excuse. Shortly afterwards, then-Secretary of State Hillary Clinton gave a speech to the Newseum in which she supported Google, saying: "I hope that the refusal to support politically motivated censorship will become a hallmark of American technology companies. Or it should be part of our national brandname. ”

In 2000, Yahoo! stood up against French laws banning the sale of Nazi souvenirs, citing American rights to free expression. (They lost in 2006.)
In 2009, as photos and videos of Iran's Green Revolution began circulating on Twitter, the Clinton State Department privately approached the company asking them to delay scheduled maintenance so as not to disrupt intelligence gathering by Tehran's opponents.

In these and even more cases, American technology companies have acted as an informal arm of the US State Department, assuming that freedom of expression and freedom of dissent against any government are not just intrinsic goods but values ​​that, when they spread abroad, they will strengthen America's diplomatic position.

Freedom of speech, capitalism and Coca-Cola for all.

The hypocrisy was revealed by Edward Snowden in 2013. Just as China had tried to use Google to spy on its activists, the National Security Agency (NSA) was collecting secret mass data from almost every American and beyond.

The massive collusion of American technology companies in programs such as PRISM has disappointed many. The frustration gradually turned into a kind of moral ambivalence towards Silicon Valley. If America does, why not let China do the same? And vice versa: if China does, why not America?

However, hypocritical or not, the American Internet found it difficult to see the numbers for coronavirus infections. The logic behind this is the same logic that led the Chinese Communist Party to hide the pandemic in Wuhan in the early days, to the detriment of all. The similarities in their behavior, however, did not stop President Trump from accusing China of cover-up - that is exactly how intelligence nationalism works.

The article was published in THEVERGE

TikTok Freedom of speech, capitalism and Coca-Cola for all was last modified: August 7, 2020, 4: 24 mm by giorgos 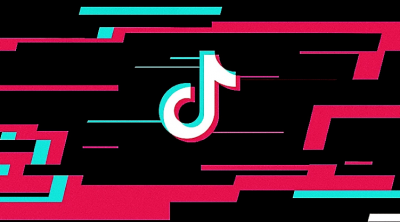 GeneratePress a WordPress theme to watch out for
Next Post: P2 was released by WordPress com