Last week, a massive law enforcement operation was launched against members of the Tent (The Scene), aimed at the release group SPARKS.

A new announcement released this morning by members of the scene reveals that the action has downloaded dozens of top sites in 14 countries. SCENENOTICE reports that further arrests are expected but also what needs to be done for more security.

Last Tuesday, unofficial reports began to appear that the Authorities were conducting operations targeting groups and members of The Scene. This is a very closed system located at the top of the pirate pyramid.

Read the article of iGuRu.gr: Exclusive: The Scene - What is the Scene

We finally learned that three key members of different release groups of movies and TV shows (SPARKS, GECKOS, DRONES, ROVERS and SPLiNTERS) had been arrested.

In the following days, chaos prevailed on the stage. The US DOJ revealed that it was an ongoing operation on three continents, with law enforcement authorities from 18 countries. Raids and seizures took place, and about 60 servers (top sites) had fallen into the hands of the Authorities.

Activities focused on Europe, in particular the Nordic countries, with Eurojust and Europol actively involved in the operation.

Since then, no one has been in touch with the scene, but this morning a SCENENOTICE was released on pre dababase. This alert is a .NFO text file that reveals some interesting information from the Scene viewpoint. 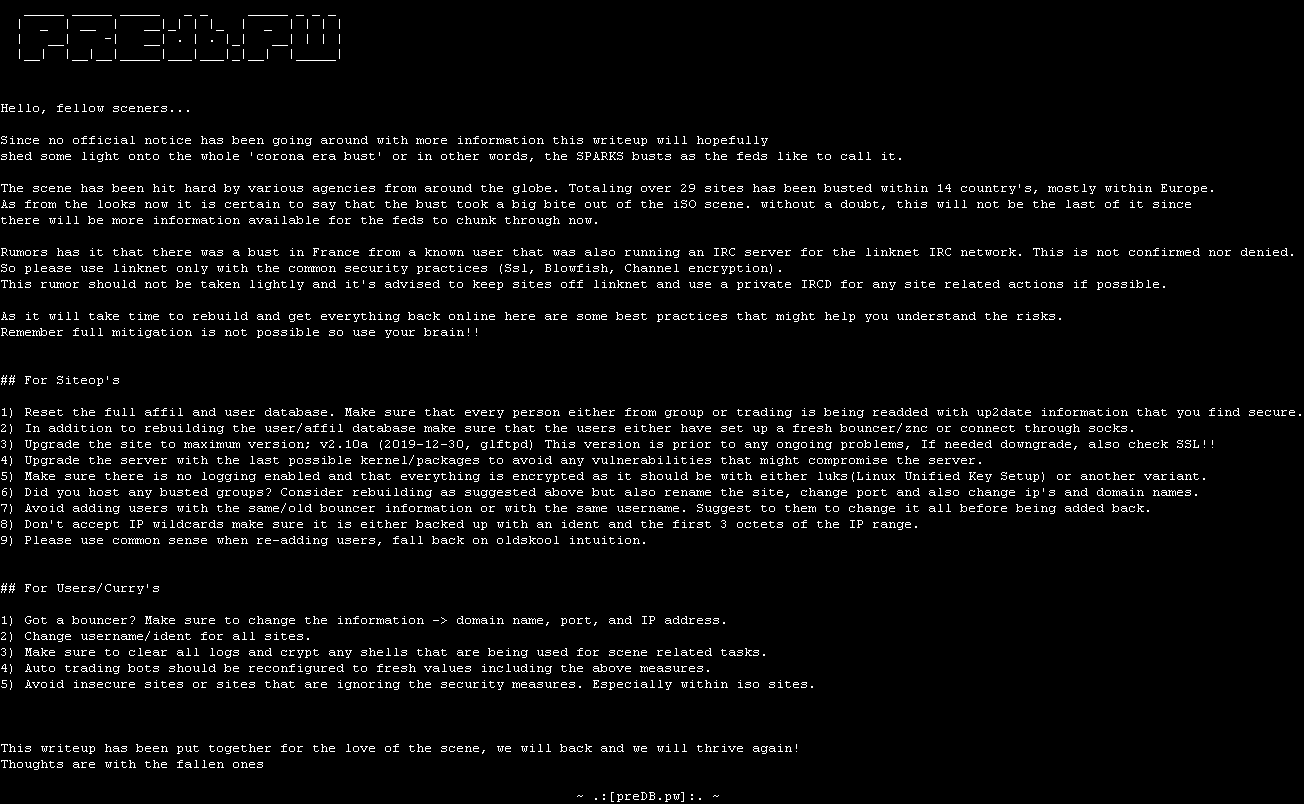 SCENENOTICE is relatively rare, compared to the number of content releases released by the scene itself. But when they do appear, they contain security information, revealing whether a group is not following the rules of the scene.

SCENENOTICE can only be released by release groups, and sysops (those who have access to the pre folder of a top site).

The purpose of the announcement is to shed light on the arrests of SPARKS and other release groups that supported it. According to the announcement, the action was indeed significant and could still be ongoing.

"The scene has been hit hard all over the world. In total, more than 29 top sites have been destroyed in 14 countries, mainly in Europe. It is certain that the scene received a very big blow in the ISO department. "

Today's pirate platforms communicate via Telegram or Discord, but Scene has always had a preference for IRC, also known as Internet Relay Chat.

IRC is relatively inaccessible to new generations, but the security it offers has made it popular on the scene. However, according to the published Scenenotice, it states that a specific IRC network is not secure.

"Rumor has it that there was an arrest in France of a user running an IRC server for the linknet network. This has not been confirmed "

"Therefore, use linknet only with common security practices (SSL, Blowfish, for channel encryption".

"It is recommended that you keep top sites off linknet and use private IRCD [IRC daemon] if possible."

Below Scenenotice mentions tips of a technical nature, for sysops but also for traders.

Many of them are obvious, such as moving, renaming and generally further hiding the top sites especially if he was collaborating with some of the release groups that had problems.
The same goes for traders, or carriers. These groups or individuals participate after each pre-distribution by distributing traffic from sites that collaborate with one top site to others that do not.

SCENENOTICE internal information on arrests was last modified: 3 September, 2020, 7: 50 am by giorgos 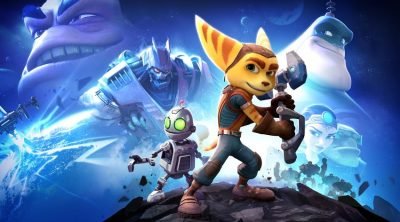