I tried CentOS 8 right after its release, as it is one of the systems I have been using for years, on servers, workstations and desktops.

Immediately after the first installation I discovered that the distribution update did not support KDE. So I had to "live" with GNOME which does not offer flexibility in HiDPI (High Dots Per Inch) like the one in KDE.

I tried to install KDE before it was released in the official repos of CentOS 8. The result it was satisfactory but not perfect.

So today I did a fresh installation of CentOS 8 and managed to install KDE Plasma in version 5.18.

First we need to install the epel repository which contains thousands of packages that do not exist in the CentOS repository.

We are ready for installation

You can also enable PowerTools with the following command

Reboot and in Login select Plasma 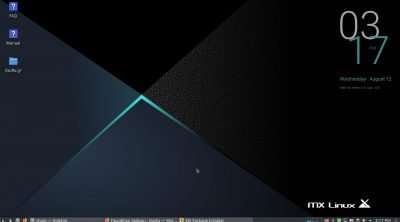