In Windows 10 2004 and later, Microsoft added a new feature called the Windows Feature Experience Pack. It can be found in Settings> About and will include shell components for faster activation of new features.

At this time, the Windows 10 Settings application does not say why the "Experience Pack" is on your system. All we know is that it includes “features that are critical to the functionality of Windows.

Windows 10 is currently updated twice a year with new features or significant improvements. 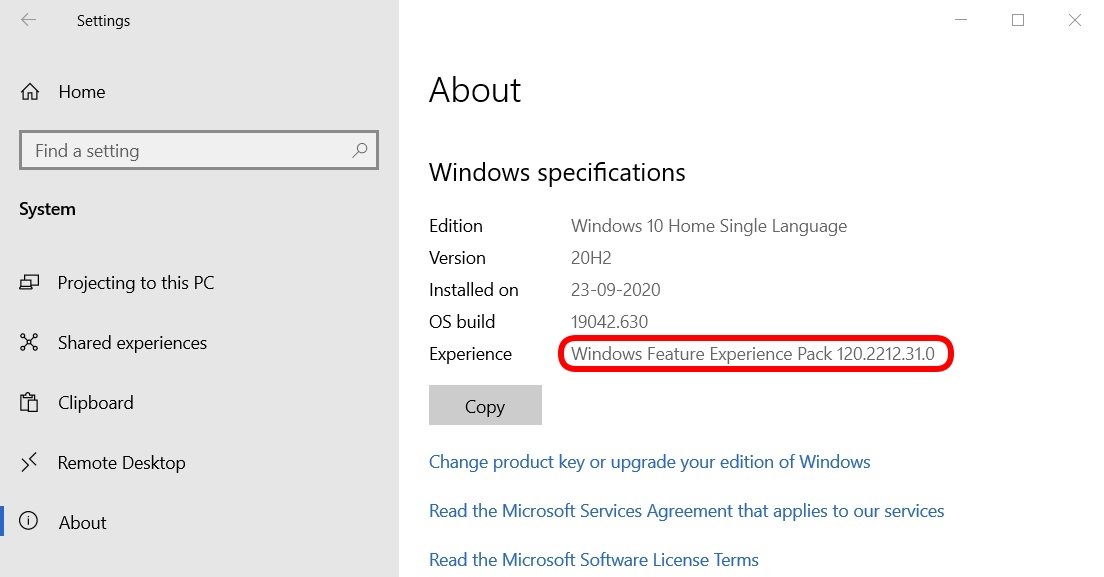 Microsoft will increase the frequency of release of new features using the "Experience Pack" that will run on Windows 10 version 2004 (20H2) and any newer.

Windows Feature Experience Pack updates will be available to users via Windows Update, but will arrive faster and be smaller in size. Basically, this is a new channel that will be used to update Windows 10 features that are not closely related to the operating system.

A new package of experiences is already available to Windows Insider users with the following new features:

Screen crop enhancements: You can now use the modern Windows 10 screen crop to capture screenshots and paste them directly into a folder in File Explorer. To do this, you must press Win + Shift + S to copy your screen.
Touch keyboard: The touch keyboard now receives support for split function on a 2-in-1 touch device.

The two new features are currently only available for Windows Insiders, but Microsoft will start promoting new experience packages to everyone from 2021.