Sweden says no to cash and tries its own cryptocurrency

Sweden is starting the transition to the e-Krona cryptocurrency, as from 2023 cash will not be accepted as a means of payment.

The Central Bank of Sweden is testing the world's first digital central bank currency. The e-krona cryptocurrency will be simple and user friendly and will be tested in an isolated environment. Thus, e-Krona is expected to accelerate the country's transition to a cashless society.

As already announced, from 24 March 2023, cash will not be accepted as a means of payment in Sweden. Of course the coins and banknotes will not disappear, but no one will be able to use them and they will end up as collectibles in museum collections.

In Sweden, card payments account for 58% of transactions, and only 6% are made in cash. 80% of Swedes have a card in their possession, as banks issue debit cards to citizens over the age of seven, of course with parental consent.

Sweden uses the koruna as its natural currency, not the euro. Cash management is extremely costly for the country, due to the high security systems. At the same time the entire population of Sweden has mobile coverage and in recent years, almost all purchases are made electronically: via debit / credit card using chip and Pin and through contactless transaction technology.

Targeting cards as the sole means of trading is also observed in other Nordic countries, such as Finland, Norway, Denmark and Iceland. Both banks and governments are encouraging citizens to adopt a cashless economy.

Another reason why Sweden is abolishing cash is the fact that bank robberies, drug and arms trafficking and other illegal transactions are significantly reduced.

Sweden says no to cash and tries its own cryptocurrency was last modified: 4 January, 2021, 8: 55 am by Dimitris 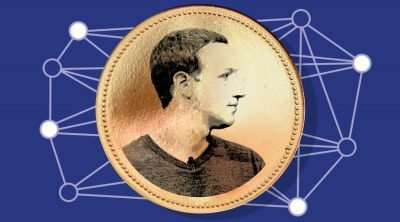 Sweden: Police develop their own spyware

Manjaro Linux 20.2.1 has just been released
Next Post: Assange will not be extradited to the United States