Facebook locked President Trump and could not post on the site for 24 hours, the company said Wednesday afternoon. He made the decision after removing some publications that asked for support from the people who attacked the US Capitol on Wednesday.

"We have assessed two policy violations against President Trump's page, which will result in a 24-hour feature block, which means that it will lose the ability to post on the platform during that time," the statement said.

We've assessed two policy violations against President Trump's Page which will result in a 24-hour feature block, meaning he will lose the ability to post on the platform during that time.

Earlier Wednesday, Facebook removed a video posted hours after the attack began, in which Trump called on protesters for support, falsely claiming that "we were stolen in the election." The company also removed a message asking its supporters to "remember this day forever!"

Twitter also restricted Trump to his platform, locking his account for 12 hours after removing three tweets that the company found to be "serious violations" of its policy. 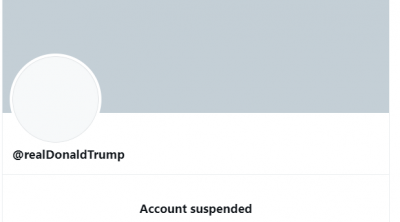