A Flash Player emulator called Ruffle lets you play your archived Flash games now that support for Adobe has stopped and browsers no longer support it.

We had your Ruffle emulator presented in December 2020, when Adobe Flash Player came to an end and all browser support was removed.

For the record, Adobe Flash Player was full of vulnerabilities, and Adobe fixed it almost every month. During its dominance, almost every browser included an Adobe Flash plugin, and intruders created custom-designed websites and scripts that could infect a computer just by visiting it.

While the end of Adobe Flash Player and its browser extensions was a good security move, it created a problem for those who have amassed a large collection of Flash games that they can no longer use.

Ruffle is a Flash Player emulator written in the Rust programming language. In December 2020 it was released as an extension to Chrome, Edge, Safari and Firefox browsers.

You can now use Ruffle in three different ways. As standalone application for desktops, as embedded in a site and finally a browser extension.

In our tests, we used the standalone application for desktops, which when opened, automatically asks you to upload a SWF file. What we tried worked perfectly.

While any program can have vulnerabilities, as Ruffle is coded in Rust, it benefits from the built-in memory protection feature of the programming language.

This feature eliminates many memory errors, such as unused buffer overruns and pointer-related errors. These types of errors typically lead to vulnerabilities in Adobe Flash Player, allowing attackers to crash a system, execute arbitrary code, or leak information from a computer.

Although some parts of Ruffle code use the "unsafe" function of Rust, most of the program uses memory protection, which significantly increases its security.

If you have an extensive collection of Flash games and do not have Adobe Flash Player to play them, the standalone Ruffle desktop player is a great option that lets you play your old games on Windows, Linux and Mac OS.

You can choose any format that suits your needs and make it download from here. 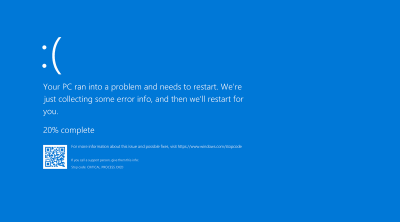 Hack with Ngrok, Msfvenom and Metasploit Framework
Next Post: CryptoMathesis a cryptography course