Researchers in the US used 3D printing technology and managed to create an artificial human eye that looks and works like the natural one. This is an achievement that is considered to be very important because, if this artificial ear finally turns out to be functional, it can be used to replace children with congenital malformations in the ears, such as malaria (a genetic anomaly in which ear flap not fully developed). 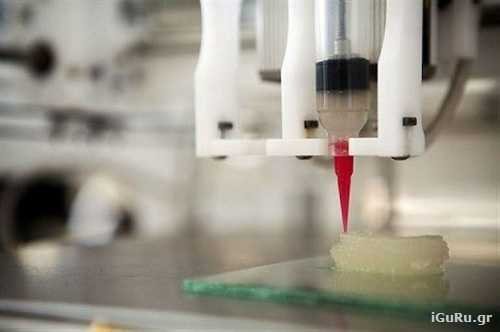 Researchers at Weill Cornell Medical College in New York initially used a 3D image of a human ear and used a 1D printer to create an ear-shaped mold. A high-density hydrogel consisting of living human cells was then placed in the mold. When the ear cartilage formed inside the mold, the researchers removed this "skeleton" and placed it inside the rats' backs. Within 3-XNUMX months the new ear developed inside the body of rodents (strange as it may seem it is not the first time that ears are "cultivated" inside the body of rodents).

"It takes about twelve hours to create the mold and about 24 hours to print the ear. The gel is injected into the mold for half an hour and after 15 minutes we remove the cartilage that has been created to follow the cultivation process. A few days later the artificial ear is ready to be placed in a patient. The goal is for the gel cells to come from the patient himself in the future in order to reduce the chance of the transplant being rejected. " says Jason Spector, led by the researchers.

As experts say, the best age to place the new ear on a youngster is 5-6 years. "Such an ear will also help people who have lost the outer part of their ear from an accident or from cancer" says Spector. The survey is published in PLOS One.