Dedicated to the world of electronic games and the Gaming community will be one day of 9 SFF-rated ATHENS (Monday, 24 March), Athens International Film Festival of Science Fiction and Fantasy. 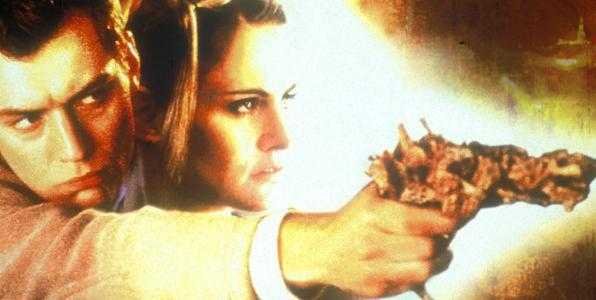 The festival hosts the Mikrosmosmos cinema Filmcenter (Syngrou 106 Avenue, Metro stop: Syngrou-Fix). A single daily ticket (8 Euro regular and 5 Euro student) is available, which allows you to watch all four day views. The tribute begins at 17: 30 and ends after midnight.

eXistenZ (1999): EXistenZ is one of the most important works of Canadian filmmaker David Cronenberg, in which a future is unfolding where the virtual reality of the games has become a physical reality, and the heroes do not know whether they are in the game or not. Starring Jennifer Jason Leigh and Jude Law, framed by actors such as Ian Holm and Willem Dafoe.
Tron (1982): At the beginning of the 1980 era, while digital technology was not widespread, personal computers were still tentative, and the Internet was in its infancy, Steven Lisberger envisioned the story of a computer hacker and implemented Tron, a legendary film that was supposed to be influenced a number of video games, comics, and TV series.
India Game- The movie (2012): Lisanne Pajot and James Swirsky show a different aspect of the video game industry, that of independent designers. The viewer watches people who work on their own, afternoons, at home, making games that then chewed up, such as Super Meat Boy, Fez and Braid. This particular documentary was awarded 2012.
Short Fan Films: There are many short films based on popular games; independent productions, machinima, with actors, with animation, etc. - some even refer to professional blockbusters. Some have been chosen to travel the audience to worlds inspired by the famous games: Mass Effect, League of Legends, Pac-Man, Watch Dogs and many others.

Study reveals that your Android phones are tracking you