With rumors, the internet has been flooded today about the possible discovery of gravitational waves for the first time by an American group of astrophysicists.

Rumors have been sparked by Harvard University's astronomy center announcement that next Tuesday at 18: 00 Greece will announce a scientific breakthrough in a press conference, without giving any further information. 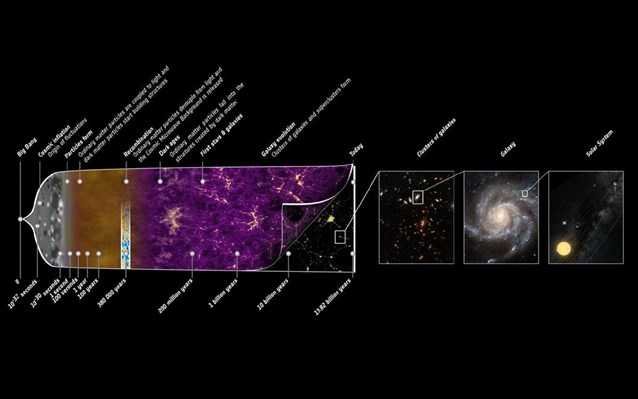 From that point onwards, in social networking media and news agencies, there have been many speculations about what the discovery might be, with the most imaginative talking about detecting life in space, but it quickly prevailed the view that the news would is related to the discovery of gravitational waves, an idea derived from Albert Einstein's equations describing space and time.

Microprocessors in the future will be cooled with carbon nanotubes

Because gravity is a very weak force, the detection of these waves has proven to be a very difficult task, and it is certainly impossible with technical means on Earth.

It has been suggested, however, in the past, that gravitational wave detection could be achieved by studying polarization in background radiation, in the wake of the Great Explosion created by the Universe before 13.8 billions of years.

According to inflation theory, the predominant view of the evolution of the Universe, following the Big Bang followed a brief period where the universe grew exponentially in size. The main predictions of this theory are the imprinting of gravitational waves in the background radiation spectrum, which at the first moments of the Universe was much stronger due to the high energies that prevailed.

Given that Harvard's astronomy center houses the BICEP2 experiment, which is dedicated to studying polarization of background radiation, it is very likely that astrophysicists have identified the gravitational imprint of the early Universe.

If this information is confirmed, it will be one of the most important discoveries of the last century that will surely make sense. Next update will follow on Monday.