Choosing a new hard drive is easy if you know some basic information. Here's a guide to understanding the most important features of a hard drive.

All hard drives die. It is normal to buy a new hard drive every few years, either to replace an old hard drive or to use it as an additional backup.

But which hard drive should you buy? What did you really need ?!

Buying a hard drive is not a difficult task. In fact, there is very little room for error, so do not worry! Just follow these instructions and you do not have to worry about buying the wrong hard drive.

The first issue when deciding to buy a data drive is whether you need a Solid-State Drive (SSD). While SSDs serve the same general function as traditional hard disks (HDDs), they have some advantages and disadvantages.

An SSD is a type of data drive that uses flash memory instead of rotating metal disks found on traditional hard drives. Think of an SSD as a huge USB flash drive or SD card. 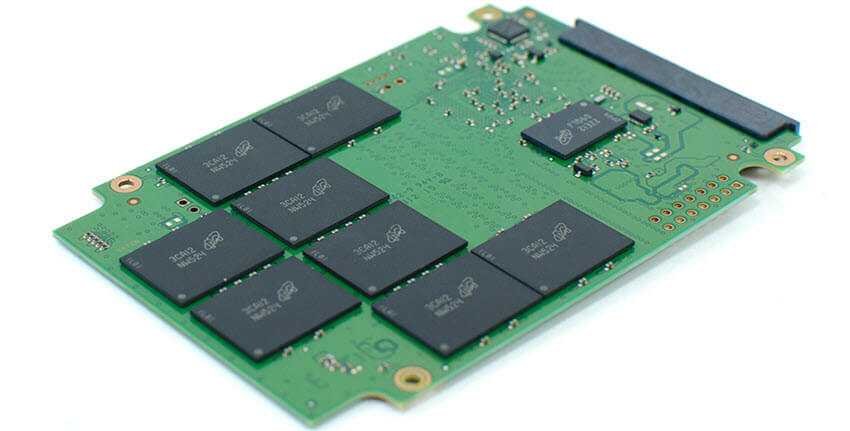 But how important is this distinction?

a. SSDs read and write data faster.
b. SSDs consume less power, which saves energy and extends the battery life of a laptop.
c. SSDs have no moving parts, so they do not make noise and have a longer lifespan.
d. SSDs are more expensive per gigabyte, which means that they basically run on less data capacity than HDDs.

If the drive is going to run an operating system or maintain a lot of files and programs that you need to access frequently, then use an SSD. Speed ​​and performance are the main advantages of an SSD over a hard drive.

Once you have decided between HDD and SSD, you need to choose a form factor. Hard drives are available in two forms as far as their dimensions are concerned: the 3,5-inch drive and the 2,5-inch drive. The 3,5 ”discs are larger in volume than the 2,5” ones. 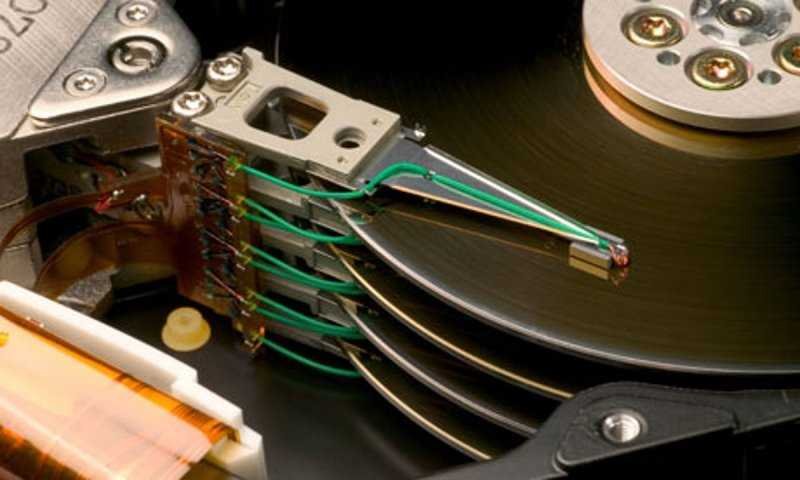 SSDs have no moving parts, so they can be made smaller than hard drives. As a result, most SSDs come in 2,5-inch format. What if you need to install an SSD in a 3,5-inch housing? Some adapters allow you to mount 2,5-inch drives on 3,5-inch drives.

When it comes to connections, most modern indoor drives (both HDD and SSD) use SATA jacks. Older internal hard drives built before the SATA standard use an IDE connection. External drives, however, connect to your system via a USB port whether it is an HDD or an SSD.

Here's what to look for in a modern hard drive:

Storage capacity. Home HDDs are available in a wide range of possibilities, with a maximum of 18 TB per unit due to physical limitations. SSDs can not hold that much space and so consumer SSDs now reach 5-8 TB per drive.

Transfer speeds. Many factors determine the performance of a traditional home quality hard drive (HDD), but RPM is important. Higher speed (RPM) means faster data transfer to and from the drive. But it also means more friction but reduced life time.

You can ignore the SATA speed of the drive. For example, a modern drive can be referred to as 3.0GB / s and 7200RPM. This first value is the SATA speed, which describes the theoretical maximum speed of a SATA connection. No hard drive can transfer data at such a speed. However, a 7200RPM drive will always be faster than a 5400RPM drive.

Of course the turns on the SSDs have no application. The maximum write and read speed counts in them.

Temporary storage. When an HDD needs to transfer data from one part of the drive to another, it uses a special built-in memory area called a cache (or buffer).

A larger cache allows data to be transferred faster because more information can be stored at the same time. Modern HDDs can have cache sizes from 8MB to 256MB.

Cache memory does not apply to SDDs.

Access times. Traditional hard drives have some other factors that affect performance, such as the time it takes the reader to load data or write data to the drive.

Although it is true that two 7200RPM drives could have different performance (eg one of them may be slower when repositioning the disc reader), there is no standard way to compare access times. Plus, most hard drives nowadays run at similar levels, so don't worry too much about this particular detail.

For SSDs, look for read and write speeds. If these speeds are within the maximum speed of the SATA connection, which they probably will be, you should be fine.

Failure rate. Since HDDs have moving parts, wear and tear is expected over time, but not everyone has the same rate. Some models are prone to failure within 12 months, while others have an average lifespan of more than six years. It is your responsibility to research what consumers say about each model before making a purchase.

Warranty. The warranty offered by a manufacturer is usually not "monkey" or for an impressive atmosphere. You can refer to it and turn back your hard drive at no cost. This means that any model that has a long warranty period lasts even longer. The standard warranty is 2-3 years, but discs with a 5-year warranty are also available on the market. Prefer them.

When shopping, you will find a wide range of hard drive prices. It's up to you to decide which factors and features are most relevant to your needs, and then choose a hard drive that fits those needs.

However, one way to determine if a drive has a good price is to divide the drive price by the storage capacity to get a cost per gigabyte of storage. 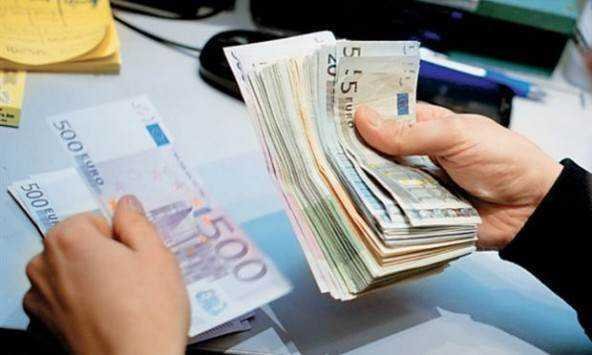 The Western Digital 1TB Blue HDD is a standard purchase for everyday consumers at a cost of 0,03 euros per GB (price from Skroutz). While, the WD 4TB Blue comes at 0,02 euros per GB.

Which of the two offers the best value? The 4TB model. This does not happen everywhere. Other models and brands do NOT become more affordable as the scale increases, so be careful: some units cost more per gigabyte when sold at higher capacities.

Another thing to consider is whether your hard drive will be mounted on a desktop / laptop case or used externally to connect to many different devices.

External drives are ideal for storage, backup and transfer. They are usually connected using USB 2.0, 3.0 or 3.1, which have maximum transfer speeds of 60 MB / s, 625 MB / s and 1.250 MB / s, respectively. USB 3.1 is preferable, of course, but it is not necessary unless you transfer hours of data every day.

The outdoor units are portable. They can be easily and quickly installed on many computers without any hassle. Just unplug the USB, plug it in, and you're done. You can also connect it to a TV or media center for instant media playback. 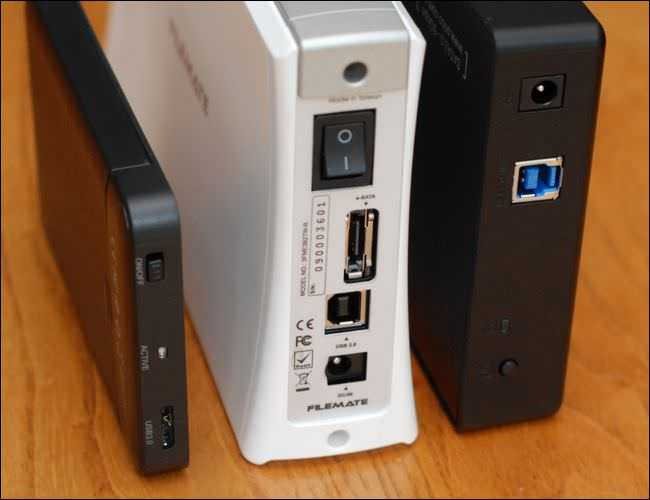 In all other cases, indoor drives are preferred.

Note: Any data unit can be used internally or externally. External disks are essentially internal disks mounted in a special protective housing. If you buy an external drive, you can actually remove it from the housing and use it internally!

How to choose an external hard drive
For external drives used primarily for file transfer, get an SSD with USB 3.1 support for speed and performance. One of the 1TB is good, for example the Samsung Portable SSD T5 1TB.

For external drives that are primarily used for long-term data storage, get a large traditional hard drive. One of the 4TBs is good, for example the WD Elements 4TB Desktop Drive.

If data security is your main concern, you might want to consider something like the Transcend 2TB StoreJet M3 external hard drive. It comes in shock-resistant, military-grade, durable rubber case, drop-in-suspension suspension and built-in 256-bit AES encryption.

Choosing your hard drive can significantly affect the performance of games, which is why we always recommend SSDs for games.

Since SSD speeds far exceed the speeds of HDDs, games will start much faster and load much faster between levels, stages and maps. Seriously, the difference between SSD and HDD for gaming is day and night. You will regret using an HDD!