Alphabet, a parent company of Google, announced on Thursday that Eric Schmidt will leave the position of executive chairman of the company's board of directors and take on the role of technical advisor.

Schmidt will remain on the board of the Alphabet. The changes are expected to come into force at the next regular company meeting in January of 2018. 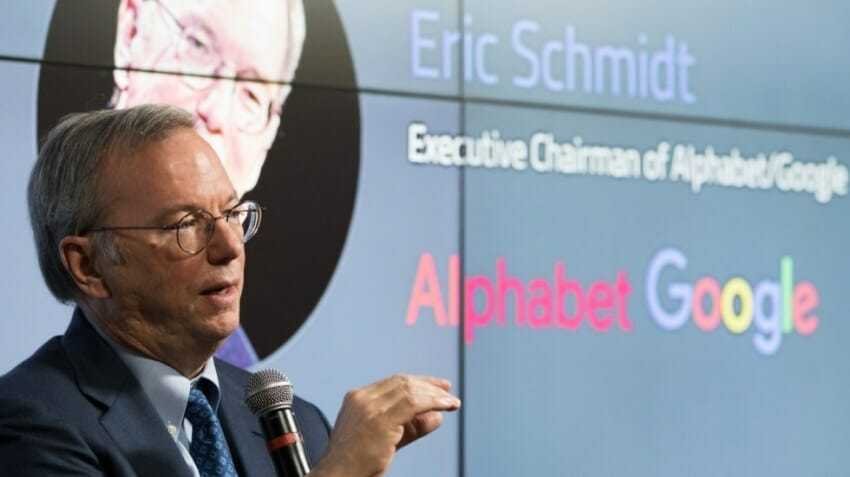 "Larry, Sergey, Sundar and I all believe that the time is right for Alphabet to make this transition," Schmidt said in a statement.

"Alphabet's structure works well and Google and our other bets are thriving. In recent years, I have been spending a lot of my time on science - technology and charity issues and I plan to expand this project. "

The board of Alphabet expects to appoint a non-executive chairman at the January meeting, according to the company, and has not yet nominated a candidate.

"Since 2001, Eric has provided us with business and engineering know-how as well as a clear vision for the future of technology," said Larry Page, CEO of Alphabet.

"Continuing his 17 years of service in the company, he will now help us as a technical consultant in science and technology. I am incredibly excited about the progress our companies are making and the strong leaders who are driving this innovation. ”

When Schmidt joined 2001 on Google, he started serving the company as CEO. 2011, Schmidt was transformed into an executive president of the company, where he also acted as adviser to co-founders Page and Sergey Brin.

Ethcher for easy bootable USB on all platforms

Firefox 57 Quantum: Why is it so fast?