Amazon has officially obtained permission from the US Federal Aviation Administration (FAA) to begin drone delivery tests. The company's Prime Air service managed to obtain the title of "air carrier" from the authorities.

So with the new title, Prime Air can start flying the hexagonal drone called MK27, which was presented last year, for test deliveries of products in the country. However, the company did not say when or where it intends to start its test flights.

However, Bloomberg reports that Amazon intends to test the drones in some areas in the northwestern United States and in Vancouver.

"This certification is an important step forward for Prime Air and demonstrates FAA's confidence in Amazon's operational and safety procedures for an autonomous drone delivery service that will one day deliver packages to our customers around the world."

In order to receive the certification, Amazon had to demonstrate its drone activities, in addition to having to present a complete documentation of the pilot training programs.

It may take a few more years for the company to operate a commercial drone delivery service, and the FAA will have to finalize its regulations after the end of the pilot phase. 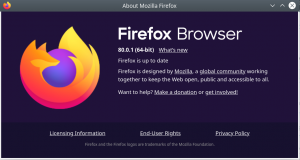