See ten popular but at the same time untrue myths around smartphones with which you gain nothing. In some cases you even have the opposite effect. 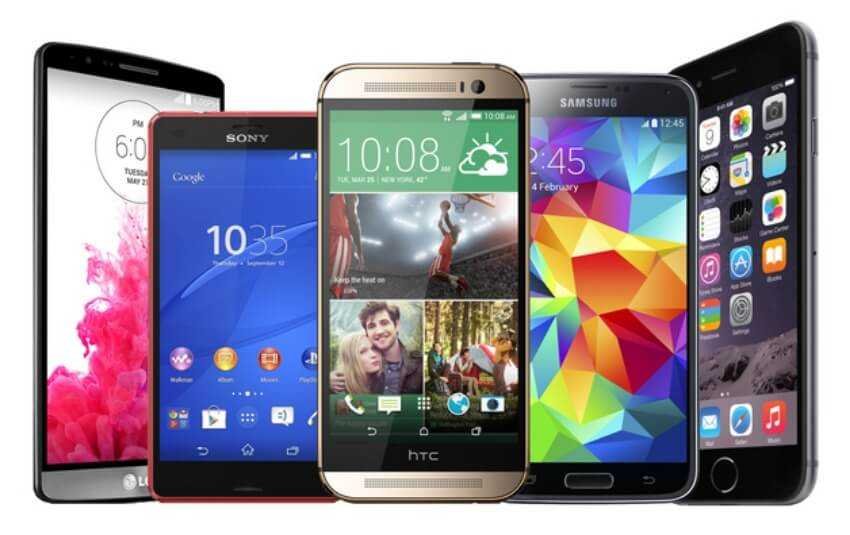 As is often the case with technology, weird devices, like cell phones, are prone to myths and rumors. The unknown that surrounds technology, but also the "valid" sources on facebook are spreading rumors, which do not seem to be able to die.

Even when the composition and construction of a material is completely changed, such as the battery, the old myths will always accompany it. Let's tackle some of the most common smartphone myths and see if we can help put an end to the misinformation surrounding today's smartphones.

Let's look at and analyze the ten most common myths and misconceptions about smartphones.

1. Applications running in the background must be closed to save battery power and slow down

IOS and Android allow applications to run in the background for more efficient multitasking. This myth seems to make sense because of the idea that any additional processes use system resources, so the more programs you run, the slower the device will be.

However, both operating systems significantly reduce how much these applications can burden your device while running in the background. Yes, they are not completely closed, but the amount of battery drain you have is quite minimal, and when it comes to slowing down your phone, multitasking is unlikely to be to blame.

A side effect of this myth is the thousands of applications that aim to end open work that exist in both markets. These applications are essentially useless and while doing their job by closing background applications, they do not actually save much resources or battery life.

Keep in mind that Android will automatically close a task when it needs more memory, as does the iPhone respectively. Neither will make a significant difference when no applications are running in the background.

2. You must allow your battery to drain completely before recharging

Lithium-ion batteries actually perform better when left on, while older NiCD and NiMH batteries lasted longer when left to drain completely before being fully charged again.

Modern batteries do not have the same problem because they do not have "cell memory" like the older rechargeable NiCD and NiMH. Learn more about how a battery works and the common myths surrounding it, to see how you can take better care of it.

However, there is still some truth to this rumor. Although it does not make your battery last longer, some experts agree that you should do a 0-100% cycle (that is, let it drain completely before fully recharging it) every three months or after 40 cycles.

This is not to increase your battery life, but to help you calibrate the display on your screen so that it stays accurate.

Bluetooth and Wi-Fi Direct let you quickly transfer huge files or other data from device to device. While we can discuss which is better, the truth is that both are quite useful and strikingly similar. But consume excessively your battery? No.

The newer generations of Bluetooth and Wi-Fi Direct consume little to no power when not in use. Once you turn on another device and start transferring files or data, they will start consuming your battery. Until then, activating them will not cause significant battery drain.

On the surface, this myth has some weight, but the truth is that it is not a fairly reliable indicator of performance. Android has dozens of devices released every year and some of them have rather impressive specifications.

May 2019 cumulative update "breaks" the Sandbox

However, having great specifications does not always make a great phone.

Cell phone cameras are the most blatant offenders when it comes to spec wars. The reality is that a 64 megapixel camera could be much smaller than an 8 megapixel camera in every major category except image size. The same could be said for multi-core processors.

In addition, other factors play a role. For example, many Android phones have better specifications than an iPhone, but that does not necessarily mean that the phone is faster or higher than those with lower specifications. The operating system matters, as does the user's behavior when using it.

Specifications are for traders, to attract consumers: do not be fooled.

Read: Smartphone video recording: What is the best resolution?

5. The only charger you should use is the one that came with your phone 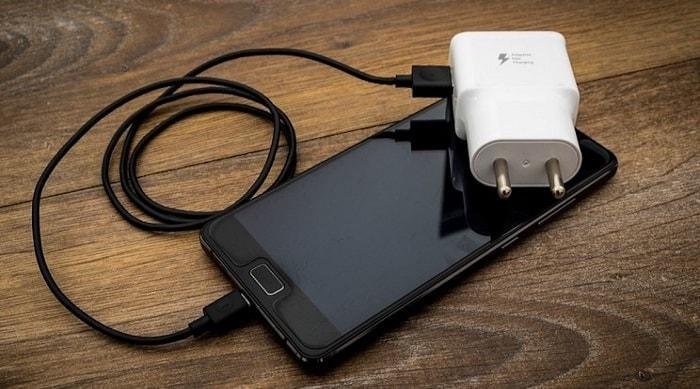 To some extent, this myth exists solely to put money in the pockets of phone makers. While smartphones have little profit margin, buying accessories is a big part of a company's revenue. Therefore, they are very motivated to submit you to buy genuine products.

The truth is that any charger made to the manufacturer's specifications is safe to use with your phone.

What most consumers do not realize is that there is a difference between a quality third-party charger and a cheap Chinese OEM.

Quality manufacturers, such as Belkin and others, are completely safe to use with your smartphone, as they are manufactured to the original specifications of the manufacturer's charger.

On the other hand, "nameless" accessories are known to be rather dangerous. 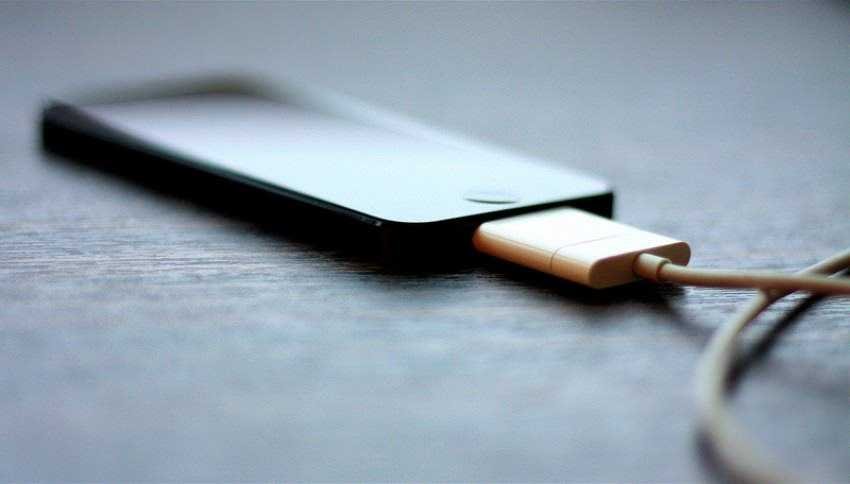 This is another myth that used to be true, but with the improvement of battery and charging technologies, it is now completely false.

Older batteries were not smart enough to know when they were full, and constant overcharging reduced battery life over time.

Today's chargers are smarter. Once your phone is fully charged, it stops pumping electricity. It is perfectly acceptable to charge your smartphone while you sleep.

7. Apps downloaded from Google Play or the Apple App Store are completely secure

Many of you are usually afraid of downloading APK installation files for Android because you just did not trust the source. However, of course, you feel safe when you download an app from Google Play or the Apple App Store.

While you may be right in believing this, most of the time, downloading apps from official stores does not guarantee security. Many of the applications connect to the Internet and communicate with their servers. This means that malware can be sent to your phone at any time.

It is not a few times that such applications "passed" to Google Play and were distributed properly. Or when Google has conflicting services. For example, for the past two days Play Protect has been finding Torque application "Potentially harmful" while the Play Store distributes it normally with 10 million downloads.

8. Turning off the phone / Removing the SIM card / Putting it in flight mode does not allow the phone to monitor you

The first thing that is important to understand is that unless you are on a terrorist list or hiding from the police, law enforcement has no need or desire to monitor you.

How To Run PC Games At Higher Resolution From Your Screen

First, let's look at airplane operation. Putting your phone in flight mode effectively turns off Wi-Fi and mobile service, which will act as a "do not disturb" switch for your phone.

This will not prevent anyone from watching you, especially via satellite. You see, on most modern phones, you can still use GPS, Bluetooth and Wi-Fi connections in flight mode.

The truth is that a phone needs power to transmit a signal, so turning off the phone or (even better) removing the battery will prevent monitoring. Maybe, but not always.

Phones that have been infected with certain types of malware, such as the old PowerOffHijack for Android, which forged the usual shutdown animation, made it look as if your phone was turned off. In fact, he was not, and was probably watching you.

Removing the SIM card will also not work, as your phone still has built-in IDs that can be detected by devices Stingray or fake cell phone towers used by the NSA. These devices are used by all government agencies, at least in the United States. We will laugh at you for Greece and EYP !.

The only safe way to avoid monitoring is to remove the battery.

Of course, if you use a phone that does not allow you to access the battery, the only real option is to leave your phone in a quiet corner or invest in a privacy case, which is essentially a Faraday cage for your phone. Nothing comes in, and nothing comes out of it.

If you have your way with the money, you can just break it after each use, like in Breaking Bad (for fans of the famous series).

This is probably false. The idea is that using a smartphone's built-in light sensor can automatically calibrate the ideal brightness setting for energy savings.

The reality is that this can save you battery by reducing the brightness of your screen when needed. However, this annoying light sensor consumes enough power during the day, constantly pinging the CPU, processing the data it collects to decide if a lower (or higher) brightness setting is appropriate.

The difference in power consumption with the permanent backlight of the screen in relation to the consumption of the light sensor is not sure if it is positive or negative. What matters, however, is that it exists in one way or another. Better to put dark themes in the applications you use most often.

10. The nature of Android open source makes it more vulnerable to vulnerabilities

Open source software is, by definition, open source. Providing access to the operating system's internal functions could lead to exploitation, but you may be surprised to learn that Android as an operating system is extremely secure.

What is not secure are the applications. The open nature of anyone can create applications, and the ability to run applications outside of Google Play's central market makes Android phones more prone to malware exploits than Apple and its somewhat cumbersome app store.

Ignore these myths and enjoy your smartphone for free
As you read above, these myths and misconceptions are unfounded. You will have no benefit believing and acting by following them.

So make sure through your company and your friends to inform them about the above, putting a little stone against misinformation.