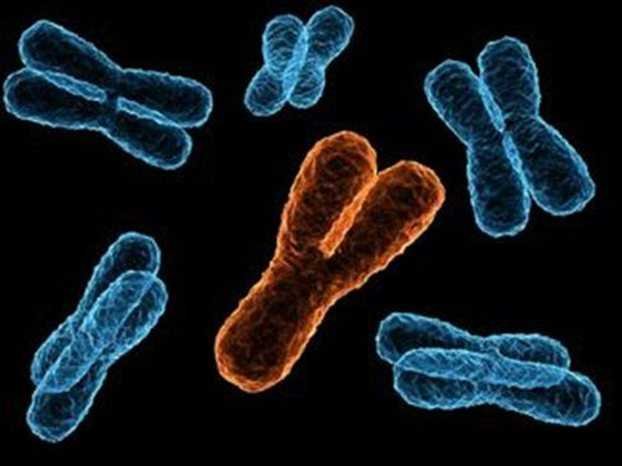 Almost all the men and women of our time are attracted by an "Adam" and an "Eve", who lived about 135.000 years ago, according to a new genetic analysis of American scientists. The new assessment is based on the most complete analysis of male Y chromosome to date.

The researchers, headed by the professor of genetics Carlos Bustamante of the University of Stanford, California, who published the publication in the journal Science, genetically analyzed the genome of the Y chromium 69 chromosome from seven different populations of the Earth (namely Namibia, Congo, Gabon, Siberia, Mexico, Cambodia, Pakistan, Algeria) and concluded that almost all of today's men come from a common ancestor ("Adam") who lived in Africa before 120.000 as 156.000 years. Previous estimates placed the most recent common ancestor of men before 50.000 to 115.000 years.

"Eve" lived at the same time as "Adam"

Also, the corresponding analysis of genetic samples from 24 women and mitochondrial DNA already done in the past has revealed that all today's women come from a common genetic ancestor ("Eva") who also lived in Africa before 99.000 to 148.000 years, that is, about the same time as Adam.

Chromosome Y passes from father to son and so his mutations could detect male genesis as the depths of the past. In contrast, mitochondrial DNA passes only from mothers to children and can thus reveal the corresponding genealogy of women.

The concept of genetic "Adam" and "Eve"

The concept of "genetic Adam and Eve" is different from that of "biblical Adam and Eve", the first humans on our planet. Genetic Adam and the corresponding Eve are essentially about two people who lived for decades or hundreds of thousands of years and whose genetic-arsenic or feminine heritage continues to appear today in the genome of modern humans.

They were neither the only people who lived at that time, nor the only ones who have left their genetic "footprint" to today's people. However, according to the researchers, it is very likely that Adam and Eve never met or matched each other. They were just lucky enough to have a portion of their DNA reach their distant modern descendants, while our other ancestors did not have a genetic fate.

On the other hand, not all scientists agree with the new estimates, as some geneticists claim that the common ancestor of men lived even earlier, 200.000 or even 581.000 years ago. The different estimates are largely due to the fact that each research team uses a different DNA sample.

72.000 officials and students from the University of Delaware spilled