"After Android Q, we aim to add electronic ID support for mobile applications so that your phone can be used as an identifier, such as a driver's license," said Rene Mayrhofer and Xiaowen Xin of the Android Security & Privacy team. in a presentation entitled Security on Android: What's Next.

The company did not provide any additional information on whether it is developing a functional identity, but simply stated that it is a future goal. But what is definitely known is that we are not expected to see IDs in the upcoming Android Q.

Setting a timeline for such a feature would be very difficult, as electronic identifiers require high encryption, which, in turn, requires top-notch and secure hardware.

"Applications such as these have many security requirements and include a client application on the holder's cell phone, a reader / verifier device, and certificate systems to be used to issue, update and revoke a license," Mayrhofer said. and Xin.

"We will provide APIs and some HALs reporting application for Android devices to ensure that the platform offers the building blocks that use similar security applications for the protection of personal data."

Google has said that it is awaiting official "ISO standardization" before proceeding with the new project.

Apple iOS does not currently support an electronic identity system.

But China seems to be is already making efforts for this feature. The Beijing government is working with Alibaba and Tencent to test two different digital identity systems in different cities across the country - through the AliPay and WeChat applications.

The two apps will allow users to link their real IDs to their apps on their smartphones and make purchases that would normally require different legal documents, such as a police ID or driving license.

So if Google does finally get the approval to add the feature to Android it will be very easy for many application developers to support a similar "identity" system through their applications using Google APIs.

Naturally, the development of an electronic identity feature by Google's engineers will be more focused on creating cryptographic algorithms that will prevent the creation of fake identities. 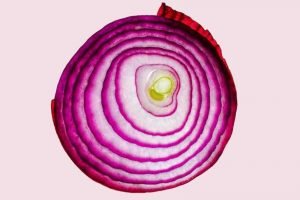