Google was released today the Android Q Beta 1. Those of you who are interested can download it from the address google.com / android / beta.

This is the fourth year that Google released the first beta of the next Android version in March. Android N (later named Android Nougat), Android O (Android Oreo) and Android P (Android Pie).

Over the past two years, Google is not using it Android Beta Program, which allows you to get new versions of Android instantly via updates but only on selected devices.

This is changing with Android Q. Google makes the first preview available as a beta, not as a preview version for developers only.

This means that those of you who have the above devices and want to try the beta, can do it, just like developers.
As the company is used to, this preview version will be reported and released as Android Q until a name begins with the letter Q.

What is the new version of Android? Read the release notes

Before downloading the beta, you should be aware that the first preview of Android Q is a version that may be experiencing problems. However, Google puts it on more phones this year compared to last year (six Pixels instead of four).

The aim of the first beta is to allow the first bold and developers to play with build early so they can explore new features and APIs for applications. The company allows compatibility testing before giving more details to 2019 I / O, scheduled to be from 7 to 9 May. We expect to see more new ones in the next versions. 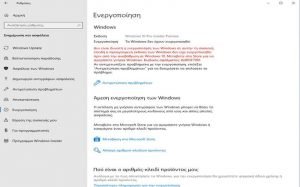