A new evaluation of the Independent Testing Institute was released AV-Test for product virus protection for Windows 8.1. The evaluation compared their performance from March to April of 2014. 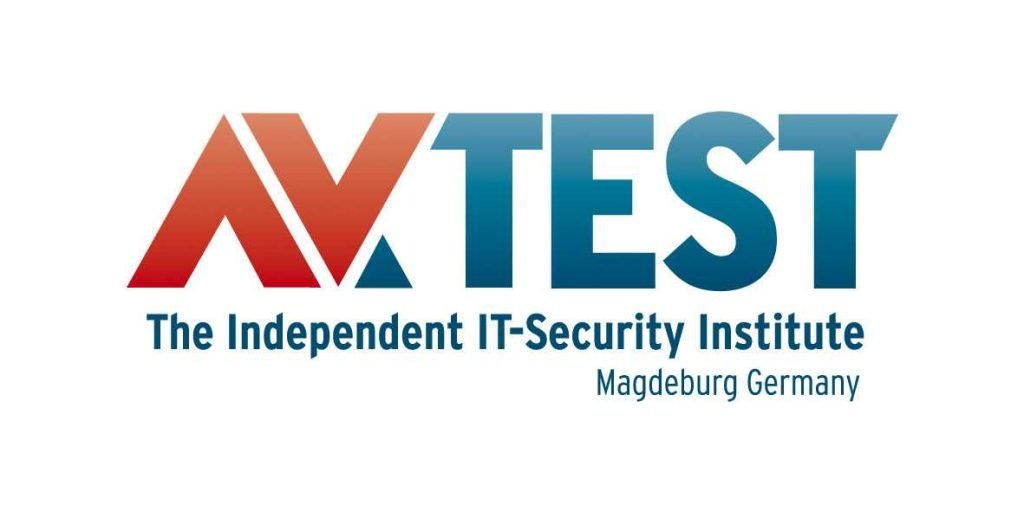 Antivirus ratings at this time may be deferred, as publications that say the end of protection software are already in circulation. These publications may be somewhat exaggerated, but they describe the landscape very well. The most accurate way to look at it is that antivirus is not, and can never be, an adequate means to protect the user from attacks. But, for most users, it is still a significant defense of the first line.

The edge of the market for this defense is now in Windows 8.1, the operating system with which most new computers come.

The evaluation of the independent AV-TEST Testing Institute concerns 25 from these products for consumers and nine for businesses and shows that most of them are very effective in preventing known malware (20,646 samples) and unknown (138 samples). The number of products that detect the 100% of these threats in the tests conducted by AV-TEST were from March to April. The charts are provided by the AV-TEST Institute. 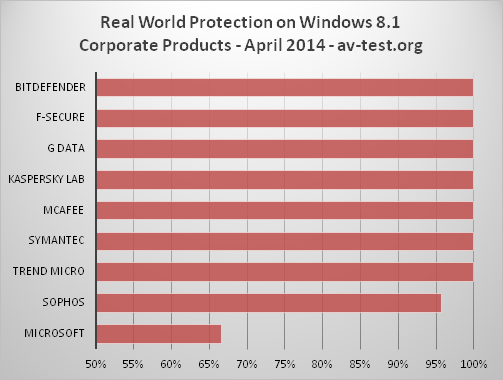 It's hard to know how successful business security software is, as businesses still avoid Windows 8.x. But according to AV-TEST they do not avoid operating because of AV quality. Six of the nine products (BitDefender Endpoint Security 5.3, G Data Security Client 13.0, Kaspersky Lab Endpoint Security 10.2, Symantec Endpoint Protection 12.1, McAfee VirusScan Enterprise with EPO 8.8 and F-Secure Client Security 11.50) block 100 percent of threats both in March and April. A seventh product, Trend Micro Office Scan 10.6, found 99 percent of unknown malware testing in March, and 100 percent in April.

The vast majority of anti-malware for consumers detected 100 percent, or came very close to it, from unknown malware in the tests. Only three of the 25 (Tencent PC Manager 8.5, Microsoft Windows Defender 4.3 & 4.4, and AhnLab V3 Internet Security 8.0) detected less than 94 percent of unknown malware. A new product in the tests was Check Point ZoneAlarm Extreme Security version 13.0. 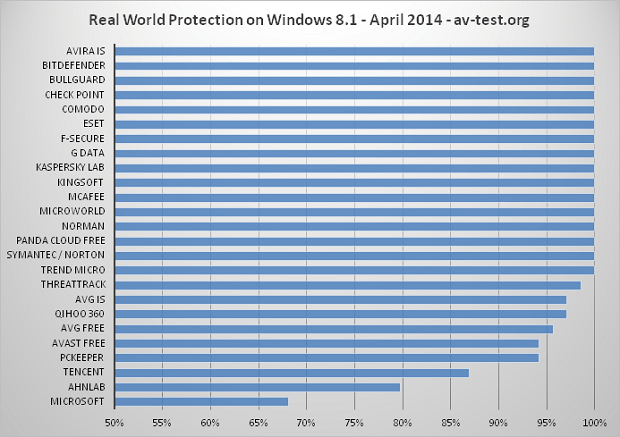 Of the nine business products, Bitdefender Endpoint Security 5.3 only got a top performance score. Other products have seen false positives and warnings, but were so few that AV-TEST gave all nine the top score for performance. The highest total score was a perfect 18.0, and went into Bitdefender's product. 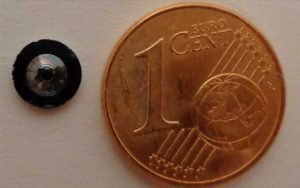