Face recognition is a technology increasingly used by governments and police authorities around the world. Not to mention the number of private companies that use some sort of face recognition.

Many people are concerned about the identification of a person used to track their movements and the threat to the political freedoms of this software. And while the issue is still being discussed, even from a legislative point of view, there are some steps you can take to avoid facial recognition software that you will encounter, whether walking on the road or on the internet.

Why is facial recognition worrying?

Face recognition works by analyzing images from photos or videos. The software works with millions of images to identify features related to human faces. These features can then be measured, such as the distance between the eyes. This means that software is becoming more and more experienced, not only in identifying people in general, but also in recognizing specific individuals.

This has alarmed many people who think it is an invasion of their privacy by both the government and private companies as they are able to track where they go when they move in public places. In addition, there are safety concerns as to whether this information could leak or otherwise be used.

His city San Francisco of the United States has banned completely using face recognition software, even for the police. And now similar measures are also being considered in the United Kingdom.

Facial recognition is 99% accurate for white men, but can be prone to errors up to 35% for women with dark skin.

This means that colored and women have more reasons to be careful about recognizing their face and worrying about their misuse.

How To Avoid Online Face Recognition

1. Avoid the tags in the photos
The first step to avoid being identified on the internet is to watch where your photos are uploaded, or even better not upload them at all.

Social media sites, such as Facebook, have face recognition algorithms that analyze your photos to suggest who and what tags to put on them. When someone points you to a photo, he or she essentially trains the algorithm to accurately identify your face.

If you insist on uploading the photos to Facebook, you can untag them (and tag them) and also ask your friends not to tag you. It's a good idea to read about them photos privacy settings on Facebook to find out who can see your photos. You may also want to have your Instagram account private so your photos are not widely shared.

2. Disable face recognition on Facebook
To disable the function, go to Facebook and go to Settings. Then check the left menu where you will find "Face Recognition".

In this menu, click Edit. In the "Want Facebook to recognize you in photos and videos" option, select No from the drop-down menu, then click Close.

However, according to Consumer Reports, not all Facebook users have access to this feature. If it is not available to you, you should send a complaint request to the Facebook support team.

3. Do not upload clear photos

He does not want a great philosophy !!!! Just do not upload clear photos of your face online. Climb without fear if only your back is visible, or if you are wearing a hat and sunglasses that hide your features.

If you want, you can edit your photos before uploading them, lowering the resolution to either the entire photo or just the face. There are webpages on the internet that make this job online, but we are not sure that they are collecting photos by making a huge database for profit.

Better to use websites that simply they process online photos, without stating that they do it for the people.

Face recognition software is commonly used for security in major events. Law enforcement authorities use software to track demonstrations. Correspondingly such systems are also located at airports and other high-security sites.

The simplest way to avoid face recognition is to hide your face with a scarf or anything else.

However, this may be against the law in some countries and also has the disadvantage that it is very obvious. There are better ways to protect yourself than to cover your face.

1. Use your hair and makeup to trick face recognition

An Intelligent Way to Avoid Face Recognition is to use a technique as discussed in website CV Dazzle. This method uses intense hair patterns, as well as makeup, that confuse facial detection software and act as a camouflage for your face.

For the whole look, use contrasting makeup, with dark colors on light skin and light colors on dark skin. Hairstyles often partially or completely conceal the nose area between the eyes, which is the key to facial recognition. The face is also asymmetrical as facial recognition software uses symmetry between the face sides to measure distances.

Applying these techniques requires skills (not to mention the willingness to get an unusual look) and so it is not for everyone. But if you are interested, you can download the test templates from the Dazzle CV website or view them online lessonsto learn how to create the effects.

2. Use clothes to prevent face recognition
Another option is to break the algorithm by wearing clothes that look like faces so that your face can not be distinguished. This is the approach of the project HyperFace.

Hyperface uses prints on clothes and other fabrics that create 'false faces'. The software sees these prints and finds it difficult to differentiate your real face from the simulated faces in your clothes, making it harder to spot you.

These printouts are not yet available to the public, but in the future they could be a tool against face recognition.

RELEVANT: The T-shirt that fools face recognition algorithms on Facebook

Avoid face recognition to protect privacy
Face recognition technology worries many people. Not only is it a threat to civil liberties, but it is also a new and relatively immature technology. It is not completely accurate and reliable, so it makes sense for people to be skeptical of its use by governments, law enforcement and private companies. 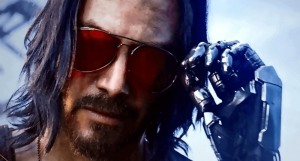