Application for smartphones against the Nazis, today presented by the Association for Democratic Culture (VdK) in Berlin.

"Users will, if they so wish, receive automatic updates on any activity of neo-Nazi organizations in Berlin," explained Bianca Close, director of the association, to the French Agency. In addition, the application will inform them about the demonstrations and actions being organized against the Nazis.

VdK piloted this program with members of the Berlin gegen Nazis group, set up in March of 2014 to mobilize civil society against the extremist Right.

The application "Gegen Nazis" (Against the Nazis) can be installed for free at smartphones which feature the Android operating system and iPhone and are available in 3 languages: German, English and Turkish. It operates on the basis of an interactive Berlin map where the demonstrations of right-wing organizations and all the demonstrations organized against them in real time are recorded.

Dilek Kolat, who is responsible for the portfolios of Work, Integration and Women in the Land Government, expressed her support for this initiative.

"Berlin is an open and tolerant city. The application aims to accompany the Berliners in their commitment to racism, anti-Semitism and extremism, "she said in a press release. 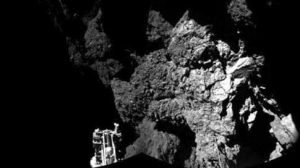