BitTorrent Live: BitTorrent Inc. is known for * torrent applications, but after its acquisition by TRON, it seems to be developing new ideas. Today the company announced “BitTorrent Live”, a social networking platform for streaming.

The new platform will be available as beta for tests in the next quarter and will not use BitTorrent technology to stream videos. At least not from the beginning.

Many of you know BitTorrent Inc. from uTorrent and BitTorrent applications, which are already used by 100 millions of users each month.

The company has tried to deliver more applications and services from time to time, but its efforts have not been so successful.

Following the acquisition of the company by TRON, plans to further develop BitTorrent Inc. they didn't stop. With steady financial backing from new developers, the company has announced the new product, “BitTorrent Live.” Of course, he hopes people will queue up…

The brand name “BitTorrent Live” is not new. A similar service was released to the public in 2013, but soon stopped working. However, the new service BitTorrent Live promises to be something completely different.

The new platform will function as a social network that users can use to broadcast live content to and from mobile devices wherever Internet access is available.

"Imagine talking to your favorite athlete, attending a music festival or meeting new friends to share your passions - all by simply activating the BitTorrent Live application," says Justin Sun, CEO of BitTorrent.

"Using our decentralized technology, we aim to create a borderless internet but also a pioneering new content experience," says Sun.

Streaming applications are not new. Many social media platforms have already embedded some streaming functionality. Of course, according to its creators, BitTorrent Live will be different, with emphasis on privacy and revenue sharing for content creators.

"In the coming months, BitTorrent Live will also incorporate blockchain technology that will allow users privacy, while allowing it to be used as a new payment option," says BitTorrent Inc.

The company has open the door for those who want to test the upcoming beta, but for now there is nothing to test. According to the company it will take a few weeks before the first invitations are released. 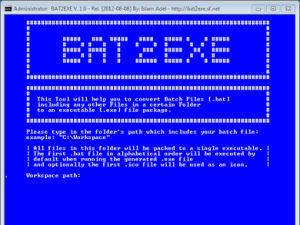