A case that perceives the environment on behalf of its user is among three new accessories for disabled people announced by Samsung for Galaxy Core Advance smartphone. With name Ultrasonic Cover, the gadget is intended for visually impaired people, whom they can alert by vibration or audible message if an obstacle or a person is found at a distance of up to 2 meters. 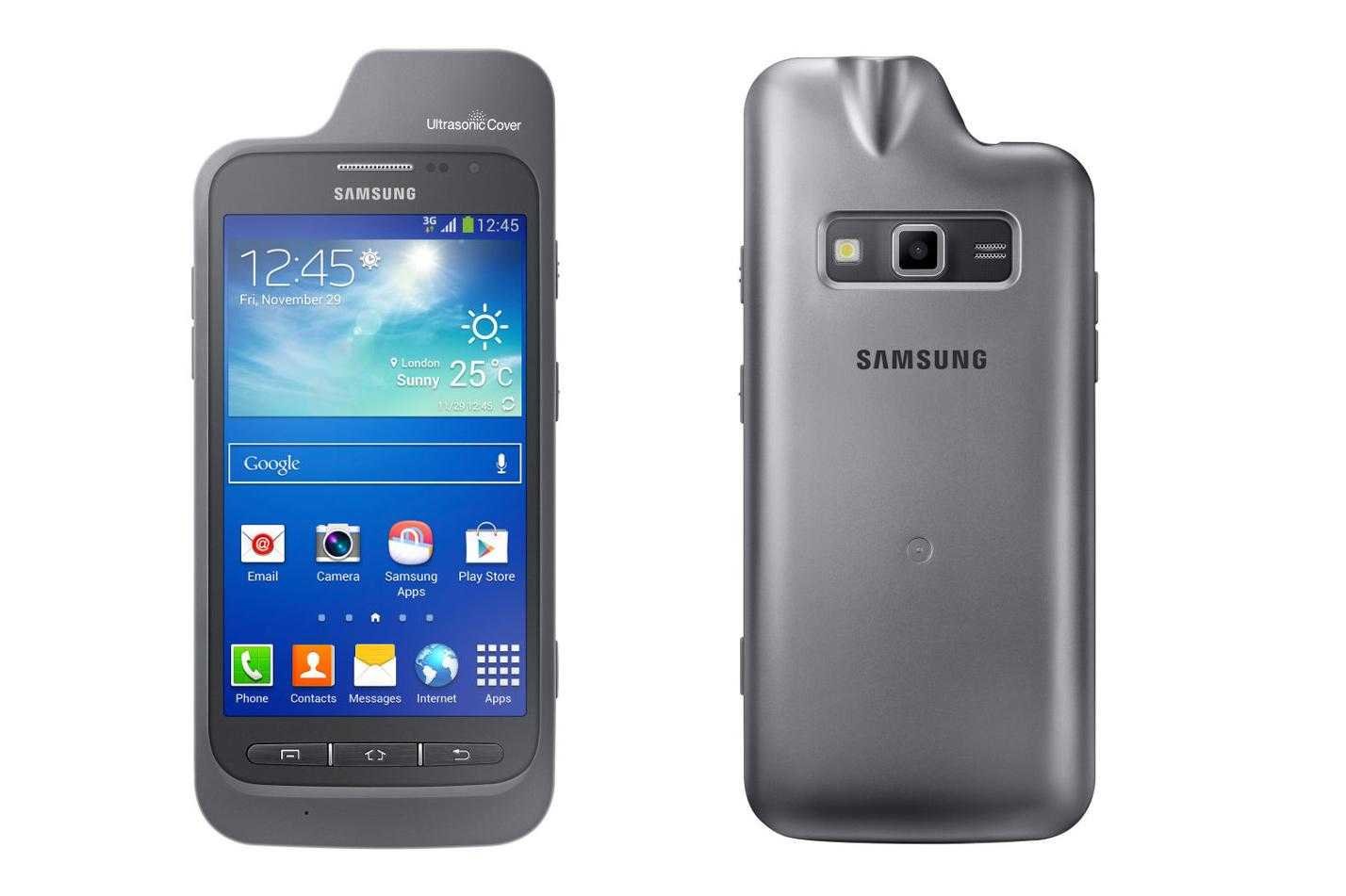 For this purpose, the Ultrasonic Cover mimics the "sonar" ability used by the bats to detect their prey. Thus, the case "scans" the space with ultrasound, recognizing from the reflected signals what is in the 2 range.

Also useful for people with reduced vision is the Optical Scan Stand, which facilitates the reproduction of written texts through synthetic speech. This is because it is designed in such a way that the mobile camera focuses better on the printed texts, while automatically activating the Galaxy Optical Scan function as soon as the smartphone is placed in the special case at the top of the base.

The third accessory is called a Voice Label and is essentially a "smart" tag that the user can hang on to any object after it has saved a recorded message with useful information - e.g. with the instructions for operating the object. So, having activated the NFC chip on the Galaxy Core Advance, every time his cell phone moves to the label, the recorded message will be played.

Η Samsung says it plans to release the three gadgets and other models of its "smart" phones.

What Should Change To The Next Next 25 Years