If you do not have an extra screen, see how you can use the screen of a laptop as a second screen, for better productivity. 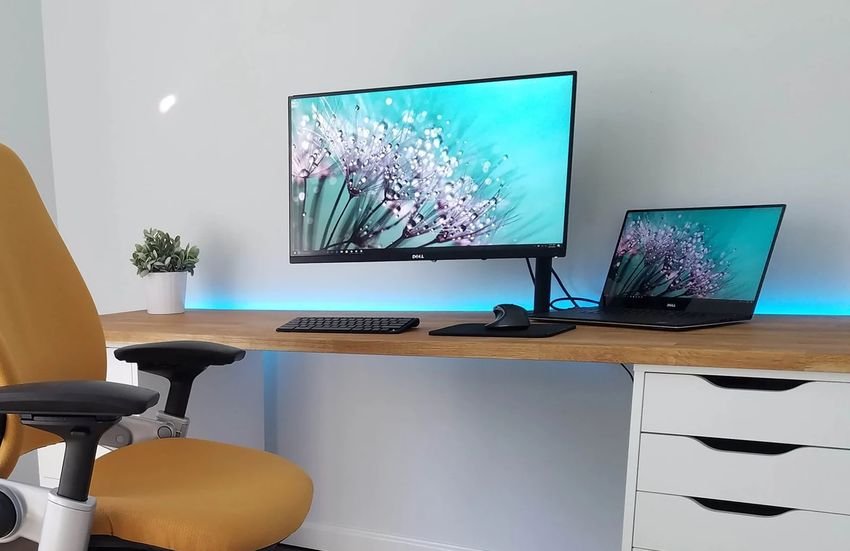 The use of two screens (or more) in your daily work, gives a fantastic boost of productivity. The corresponding solution by dividing a screen into two or more windows not that it does not work, but it is not efficient.

Those of you who have worked with two screens at the same time know that it is difficult, but very difficult, to return to one screen.

Especially in comparison works with excel spreadsheets, or in comparisons of documents and texts, everything becomes a toy with two screens. Multiple screens are also easy to use even in simple tasks, as you can use the extra screen as a multimedia screen when you do not need it. Or if you are at work, as the remote computer screen of your home.

Use a laptop as a second screen 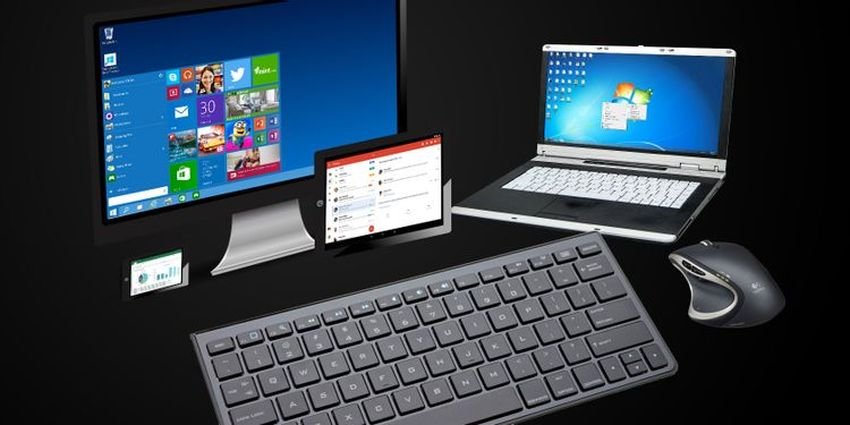 In a laptop the hdmi plug on the side is the only way out. Respectively only outputs are hdmi on a desktop.

A KVM switch is a physical switch that you can turn to switch your system to another network. For example, in the old days, you might have to turn on such a switch to connect your system to a non-network printer. 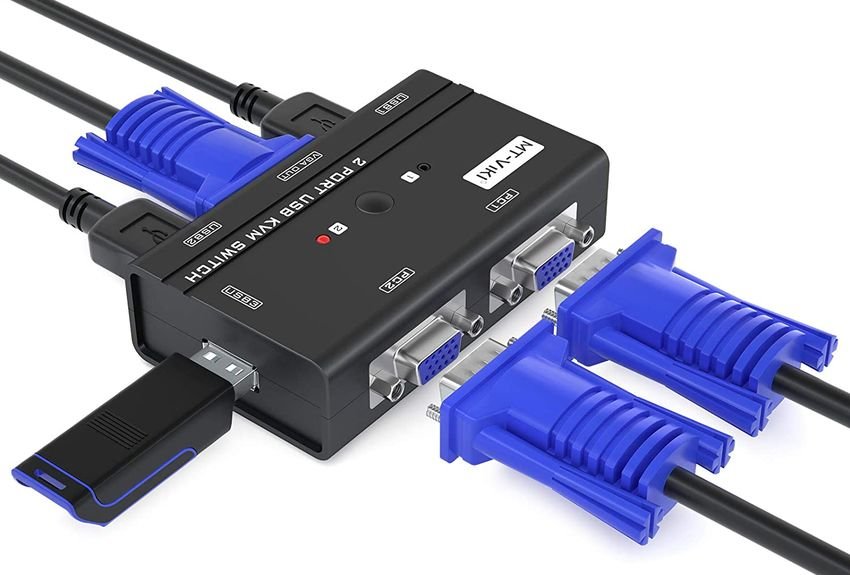 Similarly, to use your laptop as a second screen, you can do it with KVM software. You install the software on your desktop and laptop and the local network creates a bridge between the two devices.

You can control your desktop and laptop with a single keyboard and mouse, turning your laptop into a second screen. Prerequisite, deskop and laptop to be at same network.

Note that while in a two-screen machine one screen works as an extension of the other, in KVM systems you can not drag and drop an active window from one screen to another. It does not work that way. However, some tools allow you to drag and drop a file to open it on your laptop as a second screen.

It's not exactly the same as two screens on a machine, but it's better than nothing and often faster than using a cloud drive (and especially a USB flash drive). And in general, if you do not have the money to buy a second screen, then installing a free KVM software is a good solution.

In fact the whole system consists of two (or more) computers running and you can transfer files from one computer to another and work on both at the same time, with a common keyboard. If you coordinate your tasks the system can work as if you had a second screen.

Once installed, you can configure the laptop you use as a second screen relative to your main screen. You can add Slave using the IP address on your network or the hostname provided in each Input Director window. 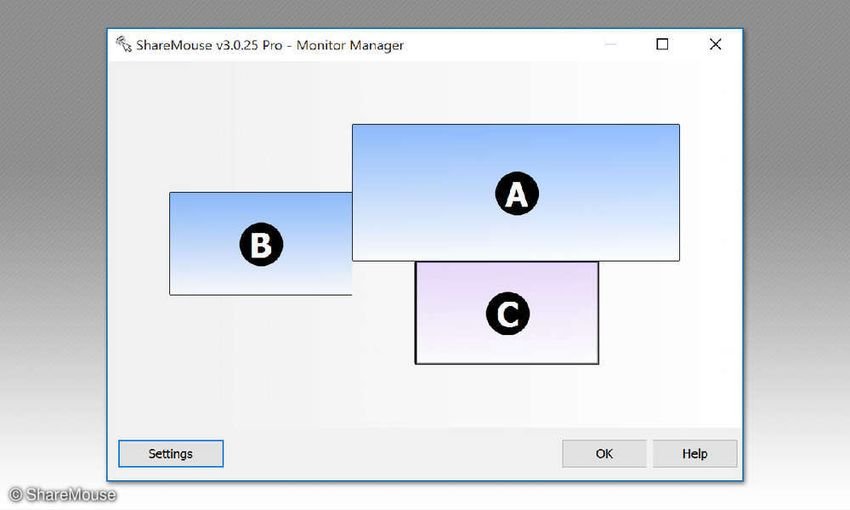 ShareMouse is one of the simplest and best virtual KVM tools to turn your laptop into a second screen. ShareMouse is packed with decent features, including shared drafts, file sharing and storage, and an interactive screen manager.

You can also set the screen to fade out when you are not using it. Makes it easy to monitor the screen you use, as well as save energy on your laptop.

ShareMouse is free for non-commercial personal use. But you are limited to a maximum of two screens. 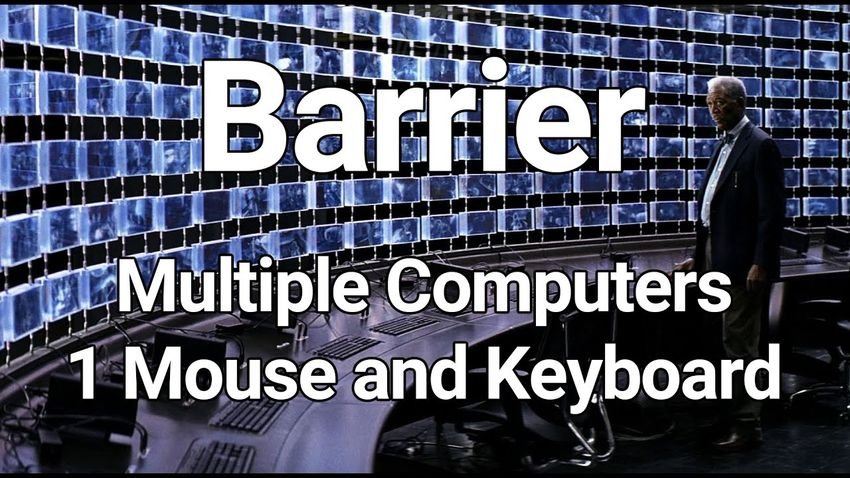 Barrier is an excellent virtual open source KVM tool. It is suitable for turning your laptop into a second screen. Features file sharing and storage, shared clipboard and encryption. The software is a branch of Synergy, but it is not free, while Barrier is.

You need to install Barrier on every computer you want to use. It is available in a wide range of operating systems, including Windows, macOS and many Linux distributions. 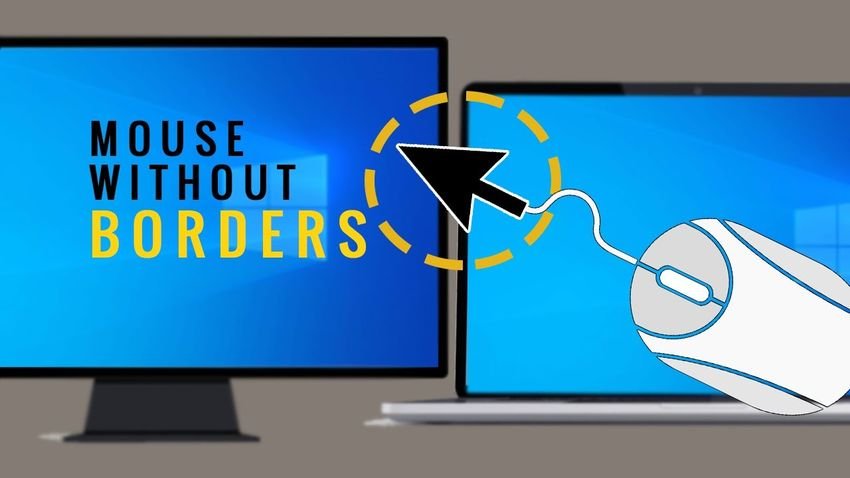 Mouse Without Borders is an application integration application developed by The Garage. The Garage is an in-house Microsoft development team that employees can use to incubate and generate personal ideas in real-world software.

The Garage has overseen some fantastic projects, including Microsoft Launcher for Android, Microsoft Health Bot Service and Eye Control for Windows 10. In addition to these projects, you can use Mouse Without Borders, a virtual KVM tool that makes you captain of your computer fleet ".

In the typical Microsoft way, Mouse without Borders uses a code system to connect your systems, also displaying the network adapter through which you connect. It also comes complete with file sharing and storage and a handy Clipboard feature.

Other ways of software for second screen.

1. Windows Miracast
Windows 10 has a built-in feature called Miracast that lets you use your laptop as a second screen. You can get login instructions from this link, but because the screens are connected wirelessly, you must also two computers have Wi-Fi.

Miracast is referred to in Windows settings as "Project to This PC" and works with two Windows 10 computers, allowing you to either expand or copy your main screen to the secondary screen.

The result is an easy-to-use option for running a second monitor, especially since it does not require third-party software.

Spacedesk is a free application that lets you to expand your desktop on a sub screen using your local network, either via wired connection, either via Wi-Fi.

Load Spacedesk on your host computer and laptop where you want to use a second monitor, connect the two and start increasing your productivity.

The most important advantage of Spacedesk is that you can connect more than one additional monitor to your main computer. If you want to use your laptop as a second screen and connect a tablet as a third screen, you can. The same goes for your smartphone, an extra laptop and so on, connecting up to four simultaneous screens.

As you understood in spacedesk the server should be Windows and the slaves can be Windows, iOS, Anrdroid, Amazon, HTML5.