Google he said some new features for its browser Chrome, which are scheduled for later this year.

There will be a security feature designed to protect user data from unsafe forms. Essentially, the feature will turn off auto-filling on sites that do not use HTTPS to submit forms. Today the same sites only display one lock icon in the address bar.

Chrome Password Manager will continue to work on forms that require a username and password, as Google claims it will help users enter unique passwords instead of using them themselves.

In addition to disabling autofill, Google will add a warning in the text field stating that the page is unsafe and a warning when the user submits the form, indicating that the information may be compromised.

In one separate post, Google also announced a small new feature for Chrome on mobile devices. It currently runs on Chrome 85 which is in beta. There is a flag that allows users to see if a page is optimized for mobile devices.

Once the flag is activated, users can tap on a page link for a long time and a pop-up menu will display a message stating if this page meets the Core Web Vitals metrics, ie the page is fast loading.

Chrome 85 will be released on the fixed channel on August 25. Chrome 86 is currently scheduled for release on October 6. 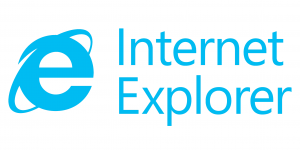