Cities and Memory contains a global collection of city sounds. It was recently updated with the Sounding Nature category, which is the world's largest collection of nature sounds.

From 2014 the Cities and Memory site has created maps with city sounds focused on demonstrations (Sound Protest), In Sacred Spaces and to photos (Sound Photography). His newest work, however, is moving away from humans and focusing on areas where the natural world is undisturbed.

The Sounding Nature is the world's largest collection of nature sounds, with almost 500 sounds from 55 countries, from jungles to glaciers, to underwater shrimp recordings. There are exotic sounds like hippopotamuses and hyenas, bats and canaries, or even the sound of geyser in Iceland and Hurricane Harvey as it travels over Texas. The map has two parts: recording the natural sound itself, and then a musical remix inspired by the natural sound.

In relation to them sounds of planet Mars, the Earth is by its very noisy nature. In addition, people and cities create a pattern with modern noises that we would say cities never sleep. All of this seems to be inspiration and creativity for some of our fellow humans, as the people of Cities and Memory wanted to capture as many sounds as possible and make them public through an interactive map.

For all three subcategories, Athens, as a bustling, sacred and rich city, has a constant presence on the maps. You can easily hear the sounds of the city by simply pressing the red sign above Athens and each category separately. But you can do the same for all the other parts of the planet.

The Cities and Memory website is not just a recording of sounds for advertising purposes. Behind her, ecologically conscious people are trying to trace the devastating evolution of embryonic beings from ever-increasing levels of noise. They mention, especially for animals, that their noise causes stress and problems with their immune systems. 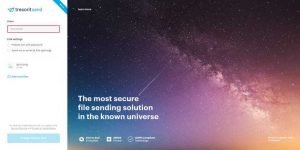