In 2014, Microsoft was convinced that a sealed container on the ocean floor could offer ways to improve the overall reliability of data centers, so in 2015 it tested the first underwater data center.

After working on its design and proving its viability, the company sank in 2018 a pod full of servers off the coast of the Orkney Islands in Scotland.

The data center was developed at the European Marine Energy Center, which is a testing ground for wind turbines and wave energy converters.

In a blog post, the company detailed that it had recovered the submarine data center, which had sunk 117 meters into the ocean. The pod contained 864 servers along with related cooling infrastructure.

"The steadily cool sea below the surface allows energy-efficient data centers. For example, they can use heat exchange hydraulics such as those found in submarines ", says the Publication on the blog.

After recovery, the container was cleaned and sent for health checks. Microsoft said there were some broken servers and some cables, but Ben Cutler, project manager at Microsoft's Special Projects research team currently leading the Underwater Data Center initiative, also known as Project Natick, claimed that the servers in underwater data center was eight times more reliable than those on land.

"The team assumes that the nitrogen atmosphere, which is less corrosive than oxygen, and the absence of people who can spoil something, are the main reasons that make the difference. "If the analysis turns out to be correct, the team may be able to transfer the findings to the ground data centers," he said on the blog.

Cutler said the team will now consider scenarios for using underwater data centers, such as using an underwater data center with an offshore wind farm. Other benefits may include eliminating the need for spare parts, he said, noting that the high reliability of the servers means that the few who had the problem could simply be turned off.

In addition, he said Project Natick showed that data centers could operate and maintain a cool temperature without using freshwater resources. 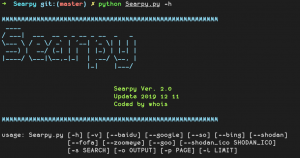