The experiment aims to improve DNS in performance, security, and privacy.

"We depend on the integrity of the DNS, but the details of how the services work remain opaque," said APNIC project manager Geoff Huston. a publication.

Let me mention that I was personally involved with the APNIC network and I was not at all happy. The network gives incredible speeds locally (in Asian countries) but try to download something from China for example…

"We know that DNS is being used for malicious denial of service (DDoS) attacks, and we're trying to figure out if there's more we can do to stop such attacks. DNS services are based on caching but we are not yet sure how well it performs… ”

Huston, a Hall of Fame champion on the Internet, has been working for many years with DNS srvers and supports the specific experiment that promises to improve DNS resiliency against DDoS attacks.
The Cloudflare-APNIC experiment uses two addresses IPv4, 1.1.1.0 / 24 and 1.0.0.0 / 24, which are committed to research use. Cloudflare's new DNS uses two of these addresses: 1.1.1.1 and 1.0.0.1.

These addresses were originally referred to as "dark traffic addresses" and a few years ago APNIC partnered with Google to analyze all the unwanted traffic it received.

"Our initial work showed that the management was attracted to unusually large amounts of malicious traffic. At the time we were researching it with Google, it was over 50 gigabits per second. "

So by experimenting with Cloudflare using the same addresses as public DNS, APNIC records both the noise and the traffic of DNS - or at least "a certain percentage" of them, for research purposes.

Huston has pointed out that APNIC intends to protect the privacy of users.

Please note that IP 1.1.1.1 is intended to be used only for research, Cloudflare-APNIC experiment. However, as the new service seems to work well before, it has revealed that many operating systems use it for various malicious hacks that violate basic routing standards on the Internet.

For the truth, see the following tweets:

1.1.1.1 is used by Fortinet VPN as the virtual endpoint so does not work when my VPN is running 🤦🏼♂

1.1.1.1 is the default logout for Nomadix controllers, which are primarily used in Hospitality environs. Tested at my company on Monday. Waiting for the calls from guests when they have an issue because their techie child setup DNS for them & don't get why it doesn't work now.

AT&T Gigapower is using 1.1.1.1 on an internal interface on at least one model router-gateway (Pace 5268AC) which effectively blocks this IP.

I just got a DM confirming this behavior. There's nothing more permanent than a stupid hack. https://t.co/u8yB8yLaUF

At present, Mr Huston is not reported to have analyzed the traffic to find out how much trash is circulating with this experiment, but he said the traffic is getting too many gigabits per second.

So if you're one of those who are testing the new service, it's good to wait a bit until it stabilizes. Besides, you may already have seen slow speeds, although it was completely promising. 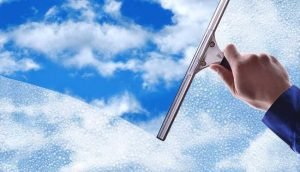