Debian Buster 10 Almost ready the next stable version: Debian project is a wholly voluntary organization dedicated to developing free software and promoting the ideas of the Free Software community.

The Debian project launched 1993, when Ian Murdock issued an open invitation to software developers to contribute to a complete and coherent distribution of software based on the then new Linux kernel.

This relatively small group of devoted people, initially funded by the Free Software Foundation and was influenced by his philosophy GNU project, has developed over the years into an organization that has approximately 1062 developers.

As we have mentioned in previous publications, the test version of distribution is often more stable than fixed versions of other distributions.

Version Debian Buster 10 is currently the testing version of Debian Project. But according to an email sent by Niels Thykier to the development team, he will soon be on the Stable channel. The email we received yesterday evening reports:

If you want to celebrate it, please consider attending a Debian release party,
or hosting your own! See https://wiki.debian.org/ReleasePartyBuster for more information.

In the last week prior to the freeze, testing will be completely frozen and only emergency bug fixes will be considered in this period. Please consider Tuesday the 2019-06-25 at 13:00 UTC the absolute last moment for submitting unblock requests for buster.

Changes that are not ready to migrate to testing at that time will not be included in buster for the initial release. However, you can still fix bugs in buster via point releases if the change set follows the rules for updates in stable.

Starting now, we will be even more strict when considering unblock requests. Please check the details below and make sure to only upload well-tested *targeted* fixes.

E-mail reports 6 July 2019 as a preferred release date. This means developers will have a final deadline for the bug fixes they are developing, 25 June of 2019.

After the final date, packet development and all bug fixes will be frozen. That pending will be released with the first point release.

It remains to be seen whether developers are ahead of schedule for the release of the new version. 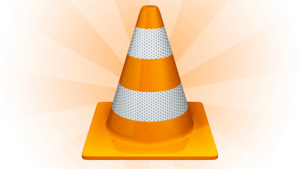