According to the Debian Project "This update mainly adds security fixes, along with some tweaks to serious issues. It is not a new version of Debian 9 but updates only some of the included packages. There is no reason to throw away the old stretch. "Once installed, the packages can be upgraded to current versions using an updated Debian repository."

As mentioned earlier, version 9.8 is packed with updates. It consists of 90 updates that add significant fixes to various packages, as well as 96 security updates. In total, there are 186 updates included in Debian GNU / Linux 9.8, which also remove 23 redundant packages.

Debian GNU / Linux 9.8 "Stretch" is now available. Users do not need to download the new ISO images to update their operating system. Just run the command "sudo apt-get update && sudo apt-get full-upgrade" in a terminal to install all the updates included in this version. 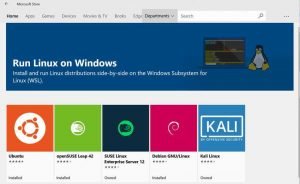