Do you know that there is a much bigger internet than what you already know and see?

In fact, the "visible" layer of web that you can access through popular search engines is just one part of the internet.

Hidden internet is content that is not so easily accessible, also known as DEEPNET (sometimes called darknet, or Deep Web or Hidden Web).

The content consists only of websites that do not exist and are not discovered by the search engines and access have only a handful of people. There are of course some parts of it that are hidden much deeper.

Part of DEEPNET is accessible through Tor's anonymous network.

Tor was originally funded by the U.S. Naval Research Laboratory when it was launched in 2002 and is widely used around the world to protect online anonymity. Sophos.

Visiting a website through the Tor diverts your connection through a randomized computer run of other Tor users before reaching the goal of the web server, basically hiding your site from this server. 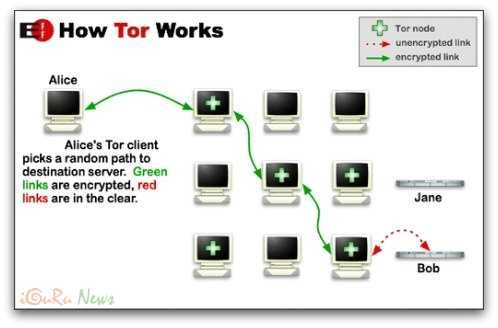 But why all this?

It may not be surprising that while Tor is used for many legitimate or moral purposes, Deep Web is the basis for a wide range of crime and illegal content.

Unlike normal webpages, DEEPNET pages do not have friendly URLs.

Instead, it is a seemingly random series of characters followed by the suffix ".onion" and provides access to these hidden web pages. DEEPNET has "The Hidden Wiki" that provides entries for these URLs to facilitate the use of DEEPNET.

Here is a selection of websites mentioned:

The really scary content is not what we see in DEEPNET. The deeper you dive into its web pages the darker it becomes its content.

There has been a lot of discussion as to whether Tor can keep your online activities anonymous. We have already seen how drug-trafficking Tor sites were shut down by the authorities or how the FBI prevented child abuse through similar DEEPNET websites.

However, the effort required by law enforcement agencies to watch Tor users is too much and unfeasible.

Politicians and governments would like to believe that they are able to police the internet, but their difficulty in imposing an online law seems impractical.

Some are not prepared to wait for this law to be enforced.

In October last year, Anonymous controversially took matters into their own hands when they began launching alleged child pornography sites, including Lolita City, a darknet site. 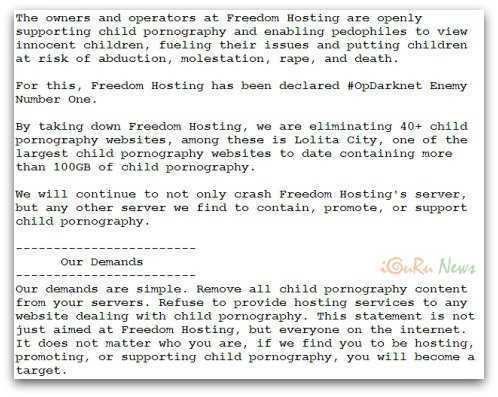 The existence of DEEPNET raises a bigger question: what is the cost of online anonymity in today's society?

The concept of human rights is starting to get a little confusing in the online environment. In fact, some people say that the human rights framework is not valid in online activities and ethical philosophy should be invoked instead to judge what is right and what is wrong.

Of course, Tor also has an ethical use. The Tor allows freedom of speech to those living under oppressive regimes and protects human rights activists from prosecution.

Tor is a powerful tool. Nevertheless:

IP addresses of malware writers are blacklisted from the known anti-virus, so they often use Tor to overcome them.

All these uses of Tor bring questions that need answers. How moral and how legitimate is it to hire a murderer? How easy is it finally to buy a kid for any use?

Without any legal framework and no code of conduct, Tor seems scary and completely illegal. We do not include the action of activists in all this, although according to the legal status of each country even this is illegal. Drugs and human lives have costs since you can buy and sell everything.

Should users be able to incognito browse the Internet? 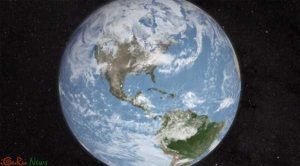