NSF presented a crystal clear video of the recent collapse of the famous Arecibo Observatory in Puerto Rico. 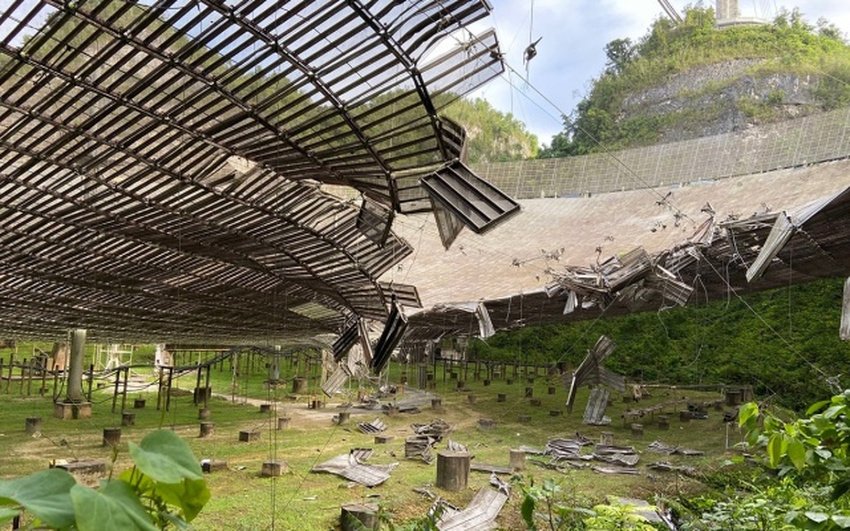 The famous Arecibo Radio Telescope is located near the city of the same name in Puerto Rico. It is essentially the same as the Arecibo Observatory, which is currently operated by SRI International under an agreement with the US National Science Foundation.

It is a giant structure with a diameter of 305 meters, and its mission for 57 years, was to explore extraterrestrial bodies, such as asteroids, that could threaten Earth. Because of its striking appearance, this radio telescope has appeared in motion pictures and television productions.

The result was to collapse on December 1, 2020. The news was not shocking until NSF presented the video of the collapse, which is crystal clear, taken by several surveillance cameras with low frame resolution.

As you will see from the impressive video, the remaining cables started to collapse gradually and finally the whole construction fell into the plate. Fortunately, no one was injured.