In a month we saw her Apache Log4j vulnerability to scan the internet, the researchers reported that Trickbot is still the most widespread malware, albeit with a slightly lower rate of 4%, the impact of organizations worldwide, from 5% in November. Recently, Emotet also recovered, which quickly climbed from seventh to second place. CPR also reveals that the industry that receives the most attacks is still Education / Research. 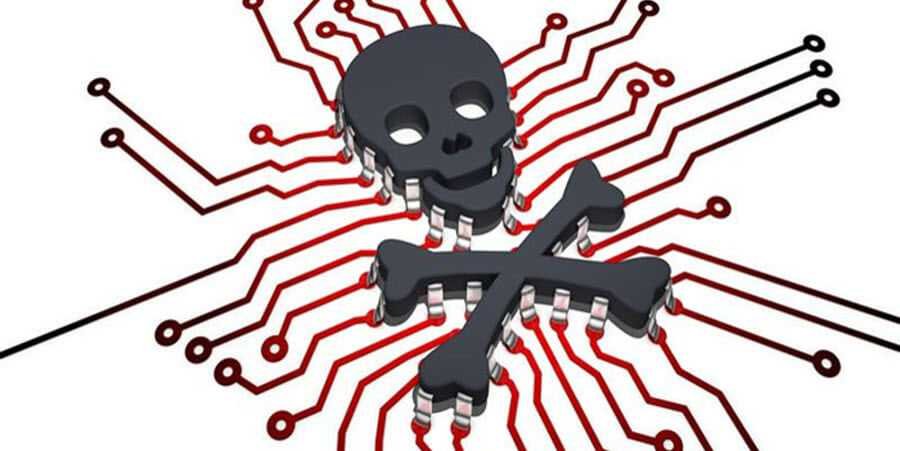 In December, the “Apache Log4j Remote Code ExecutionIs the most frequently exploited vulnerability, affecting 48,3% of organizations worldwide. The vulnerability was first reported on December 9 in the Apache Log4j log package - the most popular Java log library used in many Internet services and applications with over 400.000 downloads from the GitHub Project. The vulnerability has created a new scourge, affecting almost half of the world's companies in a very short time. Attackers are able to exploit vulnerable applications to run cryptojackers and other malware on compromised servers. Until now, most attacks have focused on the use of cryptocurrencies to the detriment of victims, however, the more sophisticated perpetrators have begun to act aggressively and exploit the breach for high-value targets.

"Log4j dominated the cybersecurity news in December. "This is one of the most serious vulnerabilities we have ever seen, and because of the complexity of repairing it and its ease of use, it is likely to remain with us for many years, unless companies take immediate steps to prevent attacks," he said. Maya Horowitz, Vice President of Research at Check Point Software.

"The same month we also saw the Emotet botnet move from seventh to second place as the most common malware. Just as we suspected, Emotet did not take long to lay a solid foundation since its reappearance last November. It is misleading and spreads quickly through phishing emails with malicious attachments or links. "It's now more important than ever for everyone to have a strong email security solution and to ensure that users know how to identify a suspicious message or attachment."

CPR reports that in December Education / Research is the industry with the most attacks worldwide, followed by the Government / Armed Forces and the ISP / MSP. The "Apache Log4j Remote Code Execution" vulnerability is the most commonly exploited, affecting 48,3% of organizations worldwide, followed by the "Web Server Exposed Git Repository Information Disclosure" which affects 43,8% of organizations worldwide. HTTP Headers Remote Code Execution remains third on the list of most frequently exploited vulnerabilities, with a global impact of 41,5%.

This month, the Trickbot is the most widespread malware affecting 4% of organizations worldwide, followed by Emotet and Formbook, both with a global impact of 3%.

This month, Education / Research is the industry with the most attacks worldwide, followed by the Government / Armed Forces and the ISP / MSP.

In December, "Apache Log4j Remote Code Execution" is the most commonly exploited vulnerability, affecting 48,3% of organizations worldwide, followed by "Git Repository Web Server Exposed" which affects 43,8% of organizations worldwide. HTTP Headers Remote Code Execution remains third on the list of most frequently exploited vulnerabilities, with a global impact of 41,5%.

AlienBot ranks first among the most prevalent malware on mobile, followed by xHelper and FluBot.

The most common malware threats in Greece for December 2021 are:

Formbook FormBook was first identified in 2016 and is an InfoStealer targeting the Windows operating system. It is marketed as MaaS in underground hacking forums for its powerful avoidance techniques and relatively low price. FormBook collects credentials from various web browsers, collects screenshots, monitors and records keystrokes, and can download and execute files as instructed by its C&C.

Emotet- The Emotet is an advanced, self-replicating and modular Trojan that was once used as a banking Trojan and now distributes other malicious programs or malicious campaigns. Emotet uses multiple methods to maintain its obsession and avoidance techniques to prevent detection and can be spread through spam emails that contain malicious attachments or links.

agent TeslaAgentTesla is an advanced RAT (Trojan Remote Access) that acts as a keylogger and password thief. Active since 2014, AgentTesla can track and collect victim input's keyboard and clipboard, and capture screenshots and extract credentials for a variety of software installed on the victim's machine (including Chrome, Mozilla Firefox and Microsoft Outlook email client). AgentTesla sells openly as a legal RAT with customers paying $ 15- $ 69 for licenses.

Trickbot- The Trickbot is a modular Botnet and Banking Trojan that targets the Windows platform, which is distributed mainly through spam campaigns or other malware families such as Emotet. Trickbot sends information about the infected system and can also download and execute arbitrary modules from a wide range of available modules: from a VNC module for remote control to an SMB module for distribution within a compromised network.

Once a machine is infected, the Trickbot gang, the menacing agents behind this malware, use this wide range of modules not only to steal bank credentials from the target computer, but also to move around and identify itself. target organization, before launching a targeted ransomware attack across the company.

DridexDridex is a banking platform targeted at the Windows platform, which is distributed through spam campaigns and Exploit Kits, which relies on WebInjects to spy on and redirect bank credentials to a server controlled by an attacker. Dridex communicates with a remote server, sends information about the infected system, and can also download and run additional drives for remote control.

Vidar- Vidar is an infolstealer that targets Windows operating systems. It was first detected in late 2018 and is designed to steal passwords, credit card data and other sensitive information from various internet browsers and digital wallets. Vidar has been sold on various online forums and is used as a malware dropper that downloads ransomware GandCrab as a secondary payload.

CryptbotCryptbot is a Trojan that infects systems by installing a rogue VPN program and stealing stored browser credentials.

TeabotTeabot malware is an Android Trojan threat used in phishing attacks. Once Teabot is installed on the compromised device, it can stream the screen live to the perpetrator, as well as use the Accessibility Services to perform other malicious activities.

Triada- Triada is a modular backdoor for Android, which provides super-user privileges for downloading malware. Triada has also been observed to tamper with URLs loaded in the browser. 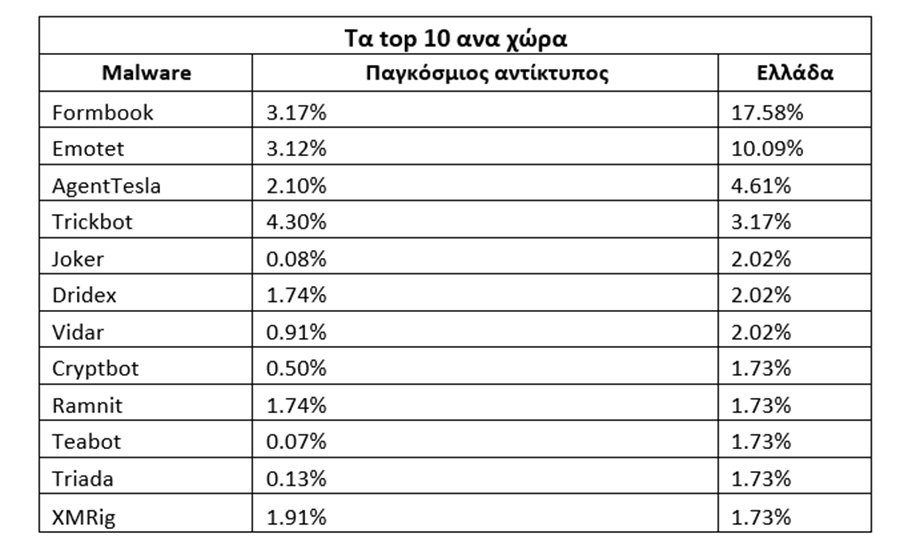 The Global Threat Impact List and Check Point Software's ThreatCloud Map are based on the Company's ThreatCloud intelligence, the largest cybercrime collaboration network, which provides data on threats and trends in attacks, utilizing a global network threat detectors.

The ThreatCloud database includes over 3 billion websites and 600 million files daily and detects more than 250 million malware activities each day. 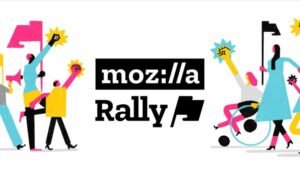 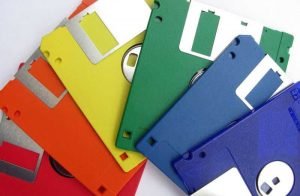