You may have played the hidden game Dino of Google Chrome - but never with weapons and performance-enhancing drugs.

Meet Dino Swords, a mod of the popular game that changes what you knew by adding AK, bows, swords and time-delay pills, among others. 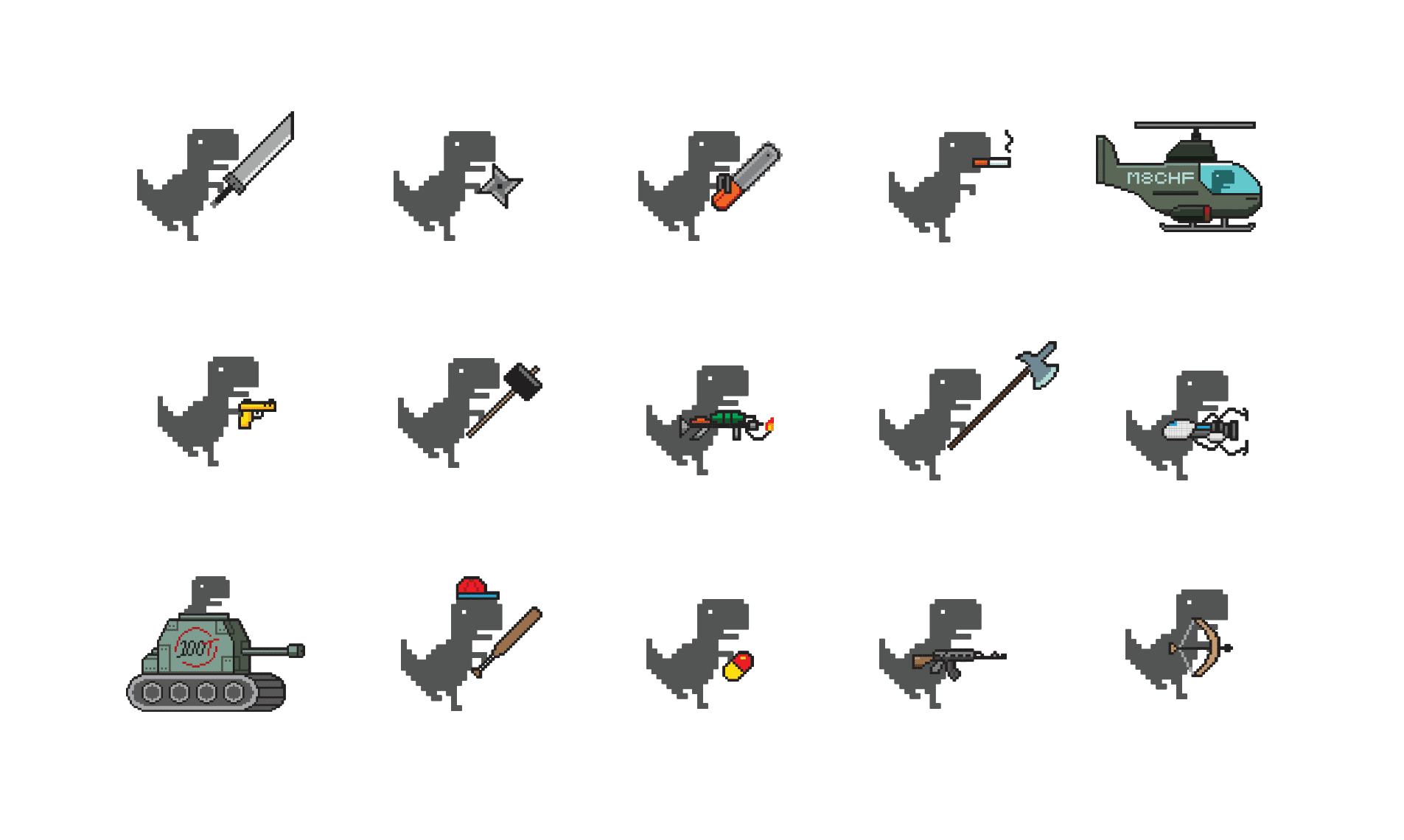 It is based on almost the same game as the Google version, except that you can get tools and weapons along the way. Every time you get a new accessory, the game asks you to use it.

"We've all played Dino in Chrome and I don't know about you, but in the end we always had these fun ideas on how to modify it - so we decided to do it," says Daniel Greenberg of MSCHF. the creative company behind Dino Swords.

The game is a collaboration between MSCHF and 100Thieves.

"Dino Swords is our idea for the classic Chrome game, made with 26 weapons to help you navigate," 100Thieves founder Matthew "Nadeshot" Haag told TNW.