Who will protect us from protectors? PPC managed to solve a case that it has been investigating since 2018, and published the following press release:

Yesterday (16-07-2020), the Cybercrime Prosecution Sub-Directorate of Northern Greece arrested five people, against whom a case file was opened - on a case-by-case basis - for participation in a criminal organization, computer fraud, illegal access to information system and .a.

The case file includes four other people accused of complicity in computer fraud, who were not arrested as the conditions of the highway were not met. 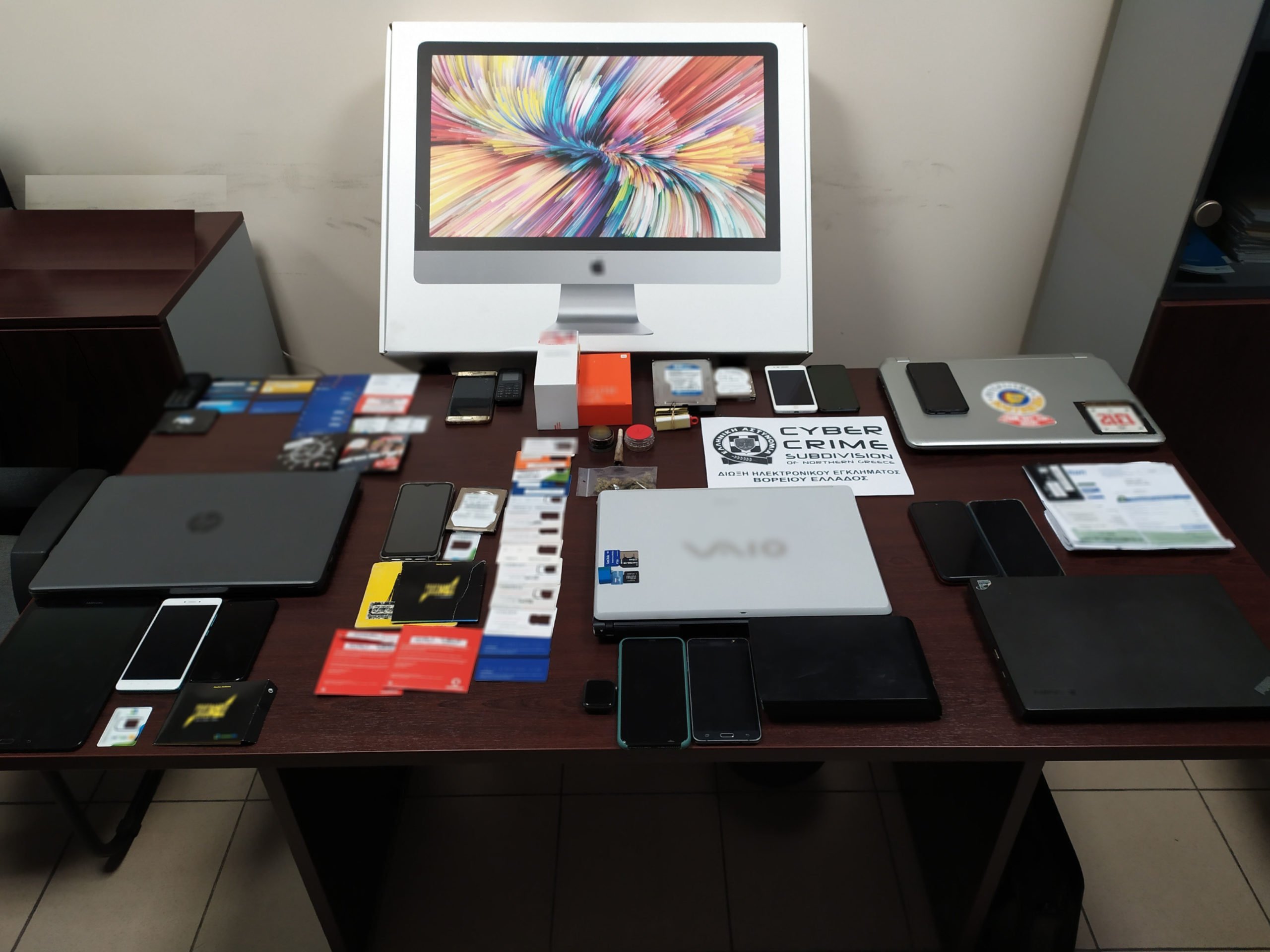 The case has been under investigation since December 2018, in the context of complaints from citizens and a banking institution, according to which unknown perpetrators, using the credentials of third party access to electronic banking systems, as well as their card data, withdrew large sums of money from bank accounts.

The search digitally identified one of the detainees and in a search carried out at his home in October 2019, a large number of cards were found and confiscated (mobile phones, credit, prepaid and digital wallets of various companies and banking institutions), mobile devices , computers, and handwritten notes.

Then, Advisions were issued by the Council of Criminal Courts of Thessaloniki for the further examination of the confiscated, the lifting of the secrecy of communications and the lifting of banking secrecy, in order to investigate the flows of money from members of the criminal organization.

During the many months of police investigation - preliminary investigation that followed, the methodology and the mode of action (modus operandi) of the criminal organization, as well as the areas of activity of its members were fully ascertained.

Why governments need to understand how the Internet works?

Leading the criminal organization was a private individual, who allegedly bought, first online, intercepted credit and debit card details and then, together with the members of the organization, made online transactions, debiting the bank accounts of third parties. Indicatively, the transactions concerned:

the payment of bills of public benefit organizations or debts to the public, individual or other persons, for a fee,
issuing debit and prepaid cards, as well as charging them online,
in the creation, charging and use of digital wallets and
in online shopping of various products, ready-made food and liquid fuels.

In fact, they had set up a network of "partners", who on the one hand used the money raised through the aforementioned process (product purchases, debt payments, card refilling, etc.) and on the other hand identified "candidate" individuals who wanted to repay their debts to the public or utility companies for a lower price.

As for the accounts (for debts to the public, Public Utilities, etc.) after they were collected, they were sent directly or through members of the organization, to its leader, who took care of their repayment and the return of the relevant proof of payment.

It is noted that after relevant correspondence with competent Services and banking institutions, the identity data of approximately (100) individuals emerged, who allegedly paid their debts to the public or public benefit organizations, paying to the criminal organization only part of these debts.

In addition, members of the organization provided substantial assistance by issuing bank cards in their name, which resulted in money from the illegal activity.

A large-scale police operation was carried out yesterday (16-07-2020) in the cities of northern and central Greece to arrest the members of the organization, with the assistance of the Cybercrime Prosecution Directorate and local police services.

The arrested include two police officers, who serve in the Services of Thessaloniki and Central Greece and are said to have sent bills, with the aforementioned procedure, either their own or that of third parties, for payment.

During searches carried out at the homes of those arrested, the following were found and confiscated:

It is noted that a total of (16) cases were investigated and investigated, of which (15) relate to cases of individuals who were harmed by the aforementioned illegal activity of the criminal organization, while one concerns a case of fraud of a banking institution.

The total amount of confirmed fraudulent transactions exceeds 380.000 euros, of which 231.650 euros are related to account payments and an amount of 150.000 euros corresponds to a financial loss of a banking institution.

The arrested were taken to the competent Prosecutor and referred to the Investigator, while for the arrested police officers the disciplinary procedure has already been initiated by the Hellenic Police Headquarters.

Aerial for Windows on Github for everyone