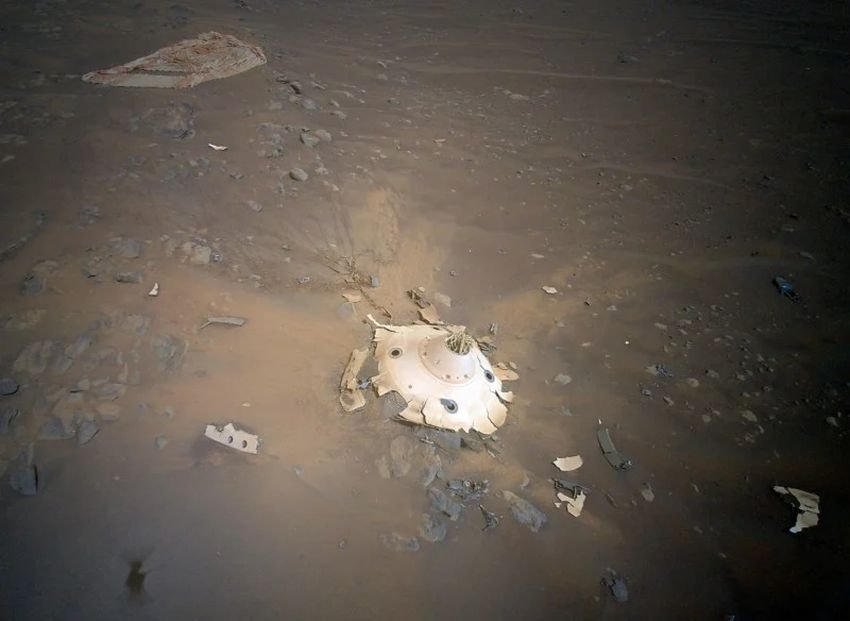 Ingenuity (meaning intelligence) is a small coaxial drone type helicopter, which together with the rover Perseverance, (which in Greek means perseverance) landed on the planet Mars on February 18, 2021. Both robotic machines are exploring the unknown planet on behalf of the US space agency NASA.

The landing, however, despite being parachuted, left debris on the planet. Both the same parachute they used to land on Mars and the tapered rear shell that protected the rover as it descended from space to the surface of Mars.

Drone Ingenuity undertook to take these photos because NASA engineers wanted to see this particular angle of view to get further information about the landing and to inform future landings.

The state of the wreckage, which looks like a crashed alien spaceship from a science fiction movie, is due to the extremely fast nature of the descent to Mars from space. NASA says vehicles trying to land must withstand extreme gravity and high temperatures as they descend at speeds of nearly 20.000 kilometers per hour. 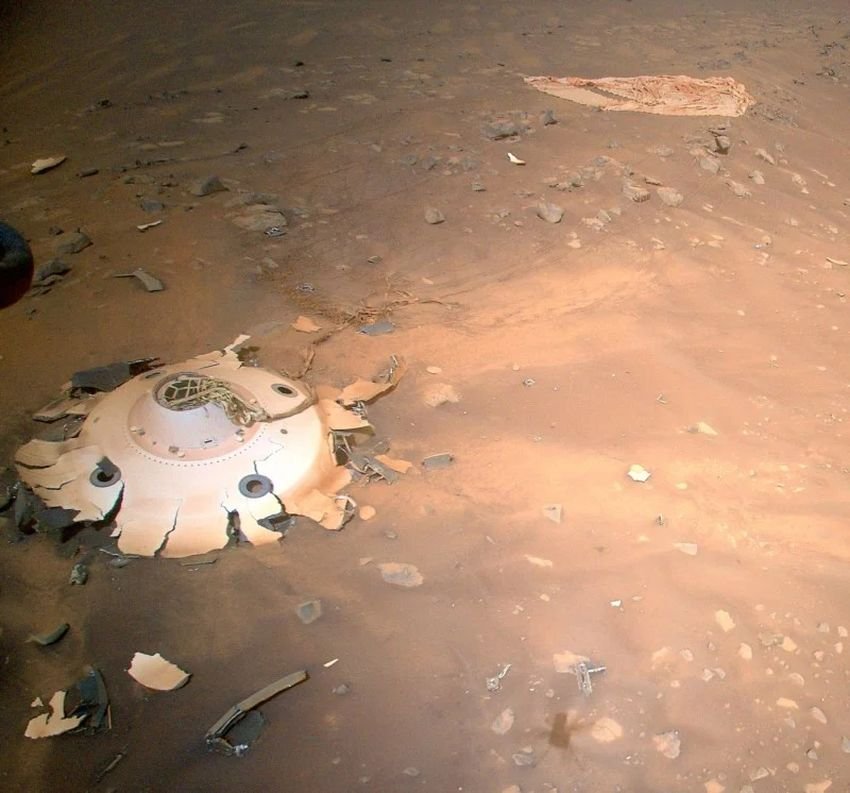 The photos show a rescued rear shell and an area of ​​debris that is the result of its impact on the surface of Mars at about 125 kilometers per hour.

While the debris have been photographed in the past from the Perseverance rover from the ground, this angle of view provides engineers with more detail and has the potential to help ensure safe landings for future spacecraft. The protective coating on the rear shell looks intact, as do many of the high-strength suspension lines that attach it to the parachute.

Pidgin 2.14.9 chats with all networks in one application