DuckDuckGo, the search engine that focuses on protecting your privacy, announced that August 2020 ended with more than 2 billion searches through its search platform.

While Google remains the most popular search engine, DuckDuckGo has gained a lot of traffic in recent months as more and more users have begun to appreciate their privacy and what the company offers on the Internet.

DuckDuckGo saw over 2 billion searches and 4 million expansion plants. The company also reportedly has over 65 million active users. DuckDuckGo could break its old release record if it continues at the same growth rate. 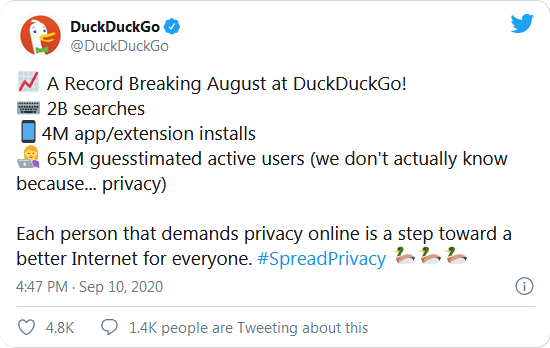 Although DuckDuckGo is growing rapidly, it still controls less than 2 percent of all search volume in the United States. However, the growth trend of DuckDuckGo continues throughout the year, mainly due to the scandals of Google and other companies. 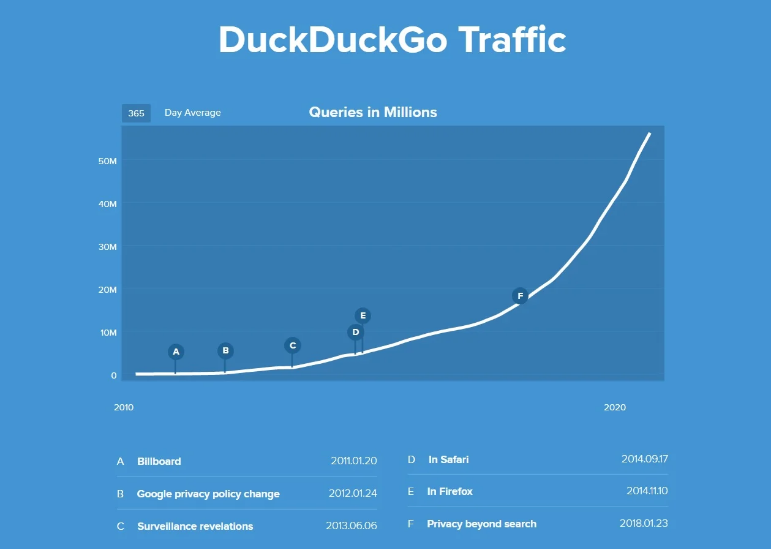 On average, DuckDuckGo regularly conducts 65 million+ searches. The number is likely to be higher if we add searches performed through the DuckDuckGo API, extensions or applications.

The DuckDuckGo search engine is based on Bing, and indexes sites that have been developed by various communities such as Wikipedia. But the company has also developed its own crawler to create a larger index of search results.

Unlike Google, DuckDuckGo focuses more on protecting your privacy and does not track the content that its users search for. But DuckDuckGo search results are not as up-to-date as those of Google or even Bing.

Google, on the other hand, says its search engine ignores privacy standards and monitors people across all of its platforms.

If you are interested in your privacy, you can try it DuckDuckGo. You can try the service  installing its extensions and applications. 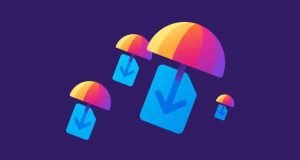