The documents come from the huge volume of classified records that Snowden has passed from the US National Security Service (NSA) 2013. 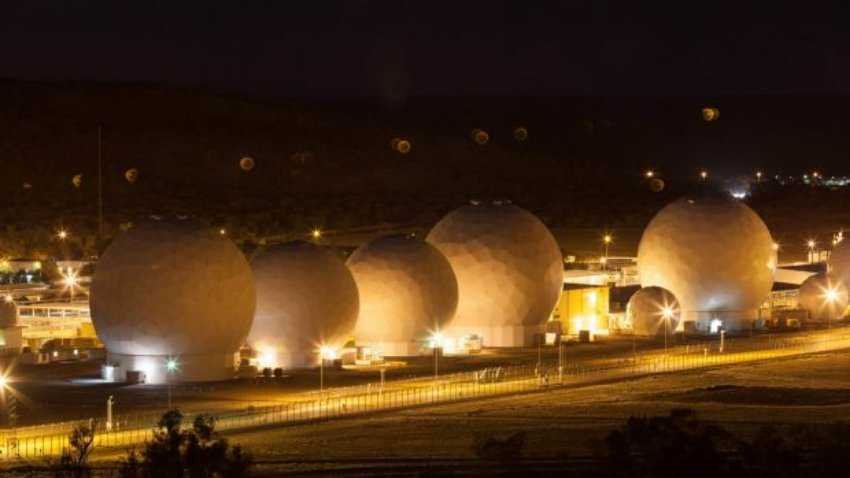 Recently classified documents, which were published by the The Intercept, contained reports of a secret facility, code-named "Rainfall," but officially known as the Pine Gap Joint Defense Facility.

The use of unmanned aircraft (also known as drones) by the US Army is responsible for hundreds of civilian deaths in countries such as Pakistan, Afghanistan, Yemen, Syria and Somalia.

As stated in a secret document, Pine Gap's purpose is to "support the national security of the US and Australia by helping to verify agreements on arms control and disarmament, but also to monitor military developments."

However, in fact, Pine Gap has a much wider mission with much more powerful capabilities than the Australian or US government publicly recognize.

The satellites used by Pine Gap are described as "geo-synchronized" and are probably located at a very high orbit, more than 20.000 miles above the Earth's surface. They have powerful surveillance technology to monitor wireless communications on the ground, such as those sent and received by mobile phones, radios and satellite uplinks.

According to the documents released by Snowden, these satellites collect "strategic and regular military, scientific, political and economic communications messages" and monitor any missile or weapons tests in the target countries, steal information from foreign military systems and provide support to the United States military.

One of the NSA secret documents leaked by Edward Snowden and analyzed by the Australian Broadcasting Corporation (ABC) suggests that the unit's role is not only to collect signals and analyze them, but also to "detect, collect, record, process , analyzes and reports on "everything - from surface-to-air missiles, atmosphere to missile systems and fighter jets.

2013, Sydney Morning Herald, reported that Pine Gap played an important role in the disputed blows of US aircraft, which resulted in the deaths of hundreds of innocent civilians.

Check if the VPN you are using is secure

The Trump government doubled the blows with Drone

Richard Tanter, a professor at the University of Melbourne who has studied the Pine Gap base in the past, says that "Pine Gap contributes significantly and in real time to these activities and their preparation."

"The Australian government believes that an attack on North Korea is either justified or is a wise and sensible move, and we will be part of it. We will be guilty of the consequences, "Tanter said.

With Trump's governance, hits and raids of special businesses have doubled, while at the same time relaxing engagement rules to prevent civilian deaths in such air strikes.

However, David Rosenberg, who worked at Pine Gap as head of the weapons signal analysis team for at least 18 years until 2008, confirms the facility's "geo-synchronization", arguing that preventing accidents to civilians is a high priority.

"One thing I can definitely say to the Australian government is that the United States, of course, wants to minimize all casualties to civilians," Rosenberg says. "Pine Gap helps reduce accidents by providing accurate information."

Australia is naturally working closely with the Americans in conducting global surveillance as a key member of the Five Eyes alliance with the US, UK, New Zealand and Canada.

Terms of Service; Did not Read why TL; DR